When Kid Rock canceled his concert at the North Dakota State Fair on July 21 due to severe weather conditions, audience members in the 18,000-capacity venue didn’t take the singer’s absence lightly and began trashing the space with at least one fan detained by police.

In the footage from the ND fair, several audience members were hurling beer cans and bottles at the stage, while one fan was tackled by police after climbing onto the platform and later led off in handcuffs.

“So pissed off we could not play for a sold-out crowd tonight in Minot, ND (because of high winds),” wrote Kid Rock in a Twitter post. “I know it sucks but none of us can control mother nature. Please be safe leaving and take care of each other.”

The North Dakota State Fair wrote on their Facebook page, that the show was canceled due to “safety concerns of the high winds, lightning, and severe weather in the area” and offered concert goers refunds.

Following a two-hour performance by Night Ranger, Rock was supposed to hit the stage around 9:30 p.m. when an officer from the Ward County Sheriff’s Department (WCSD) went on stage to inform the crowd that Kid Rock’s headlining set would be canceled.

Rock, who is currently on his Bad Reputation Tour, in support of his 2022 album of the same name, has been very outspoken recently about where he will and will not play following the pandemic, specifically refusing any venues requiring COVID-19 vaccines or mask mandates.

“If you think I’m gonna sit out there and sing ‘Don’t Tell Me How to Live’ and ‘We the People’ while people are holding up their fucking vaccine cards and wearing masks,” said Rock at the time, “that shit ain’t happening.” 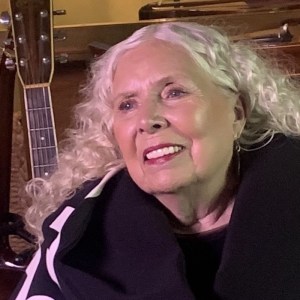