Lainey Wilson is putting her voice to a pair of songs that are meaningful to her.

The country star has released a re-imagination of her song, “Middle Finger,” and a cover of Rick Derringer’s “Rock and Roll, Hoochie Koo” on Spotify. “Middle Finger,” an upbeat, guitar-heavy tribute to flipping the bird, was originally released as the final track on her 2018 self-titled EP. The new rendition captures the song’s spitfire spirit with a faster pace and a few more guitar tricks as she sings Since I learned just how to use her / She never gets scared / To prove my point / And make a scene / When I’m out of work / She sticks up for me / And man I gotta thank her / Heres to you my middle finger.

“We were really excited to get in the studio with Jay Joyce and put our own flare on it,” Wilson explained in a press release about recording the Derringer hit with producer Joyce. “The song just feels so good. Same with ‘Middle Finger’ – it’s an anthem we can all sing along to and feel a little better. That song has been a fan-favorite since it came out on my EP in 2018, and I’m excited for it to have another chance as a refreshed, rerecorded Spotify Single.”

Derringer solely wrote “Rock and Roll,” which was originally recorded by Johnny Winter and his band, which Derringer was a member of. The songwriter recorded his own version of the track in 1973 for his debut album, All American Boy. His solo rendition hit No. 23 on the all-genre Billboard Hot 100 a year later.

Wilson had a breakout year in 2022, being named New Artist and Female Vocalist of the Year at the CMA Awards. She released her sophomore studio album, Bell Bottom Country, in October. The project features the lead single “Heart Like a Truck,” which is currently climbing up the top 10 on country radio. She also had a hit as HARDY’s duet partner on the murder ballad, “Wait in the Truck,” which reached No. 7 on the Billboard Hot Country Songs chart and No. 15 on the Billboard Country Airplay chart. 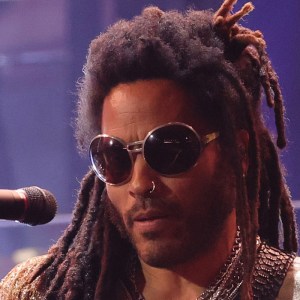