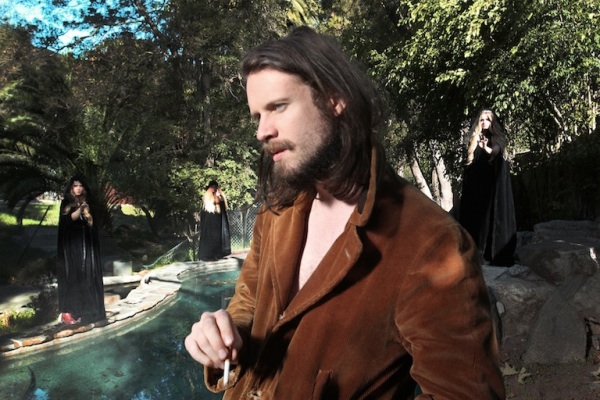 “White males and acoustic guitars, oh my” proclaimed Father John Misty in between songs this past Tuesday night at the Music Hall of Williamsburg. “It’s like, all of a sudden I think my bullshit is important.” The joke provided an ample mission statement for a night of the type of anti-confessional, self-deflecting music that comprises Fear Fun, the swirling, sardonic debut record from Father John Misty released earlier this year.

Father John Misty is the new musical venture of Joshua Tillman, the songwriter and solo artist who until recently was also the drummer for the Fleet Foxes. Performing for many years as J. Tillman, his music was solitary, hushed, at times brooding. On stage with his new five-piece band, Father John Misty was a reinvention of and a release from Tillman’s past, and in part, a renouncement. Late in the set, Tillman picked up a guitar to help play “Tee Pees 1-12,” happy to have to ask someone else for a guitar pick for once. “How am I going to play all these tender, acoustic ballads without a pick,” he deadpanned.

On stage, when he wasn’t taking jabs at his musical past, Father John Misty was singing and dancing. Freed from any instrumental duties, Tillman relished the role of frontman. He spent the night performing performance, eager to fill each second between verses with hand gesture, facial expression, and movement. His stage act is a cross between performance art and physical release, but backed by a close-fitting band and a deeply original collection of songs, Tuesday night proved that Father John Misty is hardly a success limited to the recording studio. Much of Fear Funbounced into life on stage. “Nancy From Now On,” provided an early energy whose presence jumpstarted the rest of the night, while “I’m Writing A Novel” was a rockabilly romp, “Now I’m Learning To Love The War” a convincing power ballad. But Tillman’s voice, his non-vocal “whoa-oa-oa” shouts and hollers that find their way onto most all of Fear Fun’s 12 tracks, was the most forceful instrument of the night.

With his first record, Father John Misty has released one of the year’s most entrancing records. The world of Fear Fun is equal parts seductive and upsetting. The album tells a story of a bruised, lonely 21st century Hollywood, and Fear Funfinds L.A. as its primary subject. The narrators in most songs are West Coast outsiders, devoid of a past and looking to write their own myth, like the singer in “Everyman Needs A Companion.” “I’m Writing A Novel” is another wry jab at Father John Misty’s self-reinventing, but the singer soon finds out that he’s not the only one in L.A. writing his own story. “I’m surrounded on all sides by people writing novels and living on amusement rides,” he sang on Tuesday night, in a twisted triumph.

Funtimes in Babylon
Only Son of the Ladiesman
Nancy From Now On
I’m Writing a Novel
Misty’s Nightmares 1 & 2
This is Sally Hatchet
Well, You Can Do It Without Me
Now, I’m Learning to Love War
Tee Pees 1-12
Every Man Needs a Companion
Hollywood Forever Cemetery Sings (Encore Break)
Nevertheless (I’m in Love With You) (Frank Sinatra)
On the Road Again (Canned Heat) 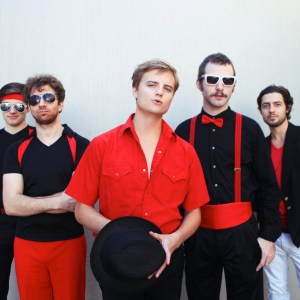 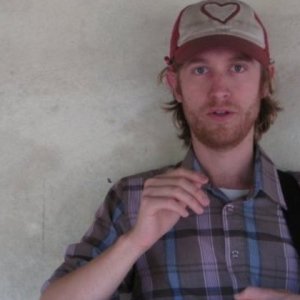