“Bottle” was written during a drunken, sad night. It popped into Lizzie Edwards’s head and was something she quickly recorded on her phone for later retrieval. Passing it along to Lizzie and The Makers bandmate guitarist Greg McMullen for help with the arrangement, “Bottle” became one piece of the band’s second album Dear Onda Wahl.

“While driving from Austin to Houston a couple of years ago post SXSW showcases, we found ourselves in tornado country and the warning you hear at the beginning of the song is a clip of what is broadcast over the radio when a Tornado is coming,” shares Edwards of the opening sampling on the track. “I feel like I can by a tornado or hurricane sometimes, so it felt appropriate to intro this particular song.”

Edwards adds, “The chorus is really about being a woman in the rock/blues genre and in music and the word in general.”

“Bottle” embodied the drunken night you’d soon like to forget—or not—elevated by a sense of displacement in refrain of Well I hope I have a bottle at home I’ve done a lot of drinking but my mind won’t quit thinking / The thoughts of this world leave me cold… through a nod to James Brown’s “It’s a Man’s Man’s World”  with Tell me how, darlin’ how, do you make it as a woman or a girl.

Dear Onda Wahl is as much about empowerment as it is about showing vulnerabilities and complexities that need clearance in life from the howling rocker “Lover By Proxy”and the enchanted blues of “Mermaid,” inspired by a friend who considered herself the sea-like creature and drawn to Rockaway Beach in New York to the brooding “Magic River,” and soul-tinged title track on a more epic, seven-minute closing of “Mojo Hand,” featuring a more ghoulish, forest-ridden video.

Produced by The Cure guitarist Reeves Gabrels, who worked with David Bowie on Tin Machine from 1987 through 1999, and Mario McNulty (Prince, David Bowie), Dear Onda Wahl is another space in time from the 2018 EP Meanwhile to the 2015 debut Fire from the Heart of Man, for Lizzie and The Makers, made up of Edwards and McMullen, along with bassist Brett Bass (Gregg Allman, Bernie Worrell), drummer Steve Williams (Sadé, Digable Planets), and keyboardist Rob Clores (Black Crowes, John Popper Band).

Between Edward and McMullen, songs are written as they arrived over the past five years. “We never really sit down to write a full album,” says Edward of the album which initially started with songs dating back to 2016. “We just kind of write stuff as it comes to us, and then once we have enough songs, we’re ready to put the album together.”

She adds, “Some of them happened in 2016, but a lot of them we just blew through in the space of one week. It’s definitely organic, and somehow they all fit together, even though it happened over a few years.”

Working with Gabrels and McNulty invigorated the album in a way Edwards could never imagine. “They already liked what we were doing, so it wasn’t a situation where they had us rewrite anything or change anything,” says Edwards. “They just added details that enhanced what we were already doing, so we were able to really still be true to our voices as songwriters. They just kind of sprinkled some extra seasoning on it, so to speak. They really helped us push the boundaries we were already wanting to push but were maybe a little insecure about.”

The past year has helped Edwards refocus on music. Always working various jobs to support the music, she’s looking at it as more of a front hustle than a side one.

“I was working all these jobs to support my music but not realizing how much they were detracting from me being a musician,” shares Edwards. “Having the ability this past year to really explore having the time to write and practice and play, I really became more confident as a musician and more ambitious… if we can make it through this year, we can make it through anything.”

Edwards adds that living through the pandemic has only made her stronger and more fierce around the music.

“I’m not going to give up or anything,” she says. “I’m just going to charge ahead, even stronger than before.” 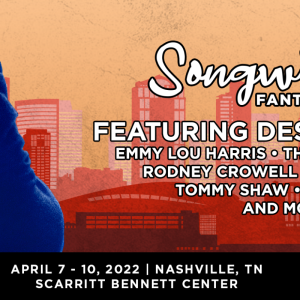 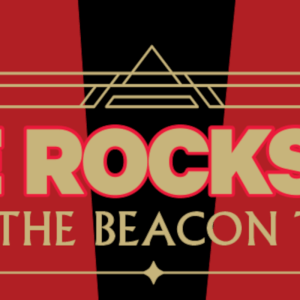