When Luke Bryan isn’t busy being a country music star and a family man, he is usually out having a ball hunting and fishing with his pals.

The 41-year-old Georgian, who is the husband to wife Caroline and the father of their two boys, Bo and Tate, loves being outdoors. So much so that he’s a member of the “Buckmen” on the Outdoor Channel’s popular television series, “Buck Commander.”

RELATED: Luke Bryan’s wife, Caroline, opens up about a project that’s close to her heart

And, even though Luke is no stranger to harvesting wild game with his hunting equipment, he never stops feeling the rush. In fact, every single time that he smokes a deer, his expression resembles that of a kid at Christmas.

In this Facebook video, which might be difficult for animal lovers to watch, you can see Luke’s hilarious reaction when he goes out bowhunting with his buddies. The singer, who sports full-on camo gear and war paint, sticks a humongous buck with his crossbow. He then turns around to see if any of his comrades noticed.

At no point does Luke stop shaking, while up in his deer stand. He actually covers up his face in disbelief before setting his crossbow aside to finally try and catch his breath.

“The reaction that you get from [Luke] is that excitement that you see,” fellow “Buckman” and country singer Jason Aldean explains. “And, that’s not something he just turns on for the camera. That is legit. That is what you get with Luke.

“I think it just goes to show you what a passion he has for hunting and how excited he gets even all these years later,” Jason continues. “No matter how many times you’ve had big deer out in front of you, or you shot deer, he still has that same passion for it as he did when he was first getting started, and I think you can see that in his reaction.”

Luke will soon begin fulfilling his other passion — playing country music. On Feb. 16, he will hit the road for his “What Makes You Country Tour,” which continues through the fall with guests Sam Hunt and Jon Pardi. 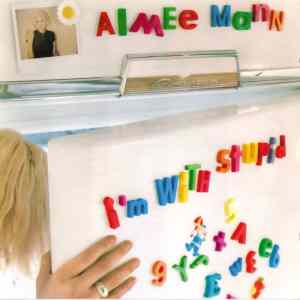