Luke Combs cares about your wallet.

When the country star and reigning CMA Entertainer of the Year announced his 2022 tour, he told fans he’d keep ticket prices the same as they were prior to the COVID-19 pandemic. Combs said he’s sensitive to those struggling to afford to pay for concert tickets and he wanted to help.

Said Combs at the time, “I know that the price of everything has been going up these last couple of years. And there’s nothing I can do about that, but the one thing that I could do is set the price of my tickets. So what I wanted to do was keep the ticket prices the same as they were before the pandemic. So these tickets will be priced just as they were the last time you bought tickets.”

Now as his Middle of Somewhere Tour is set to kick off this summer, Combs told Billboard that he expects a loss in tour revenue from that decision but he doesn’t regret it at all.

Said the country singer, “It’s going to cost me a lot, but all I wanted to do is make a living doing music. And I make enough money to not have to worry about anything and be really comfortable, so I never wanna get greedy.”

Combs explains that the most important part of the upcoming tour is playing to a packed audience of fans who love him and his music and his band. So, keeping prices low and stable helps to achieve that.

Said the standout songwriter and performer, “It’s more competitive out there than it’s ever been, so it’s two-fold for me. I get to go, ‘Hey fans, I love you. I’m not going to gouge you,’ and it’s about a full room, it’s not about making money. I didn’t get into it to be Jeff Bezos and be the richest guy in the world.”

Combs’ tour begins in September and will see performances in arenas around the United States through December. Morgan Wade and Lainey Wilson will join the string of dates.

On Friday (June 24), Combs released his latest LP, Growin’ Up.

2. Any Given Friday Night

3. The Kind of Love We Make

4. On the Other Line

%with special guest Jordan Davis and more to be announced 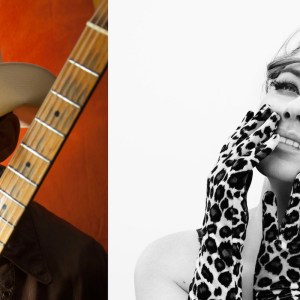