As Thomas Brenneck was piecing together the latest release with Menahan Street Band, the musical recipe called for one key ingredient: garlic knots. Those pizza shop doughy confections are something any true New Yorker like Brenneck would appreciate, but the “garlic knots” he craved were the sonic tidbits sprinkled throughout their third album, The Exciting Sounds of Menahan Street Band (Daptone Records), the band’s first since 2012’s The Crossing.

On The Exciting Sounds, these smaller arrangements, each running less than two minutes, were figments of Brenneck’s instrumental imagination and a perfect fit for the return of the New York-based collective. For Menahan Street Band—consisting of Brenneck and organist Mike Deller (both also in The Budos Band), along with Dave Guy (The Roots, Sharon Jones & The Dap-Kings) on trumpet, bassist Nick Movshon (The Black Keys, The Avalanches), saxophonist Leon Michels (Big Crown Records, El Michels Affair), and drummer Homer Steinweiss (Holy-Hive, Lee Fields and the Expressions)—The Exciting Sounds is a welcome home to the music and the city they love as well as an homage to the late Charles Bradley, the band’s longtime musical partner and collaborator since the inception of Daptone Records.

Recorded at the group’s Diamond Mine Studios in Long Island City, NY prior to the pandemic and produced by Brenneck, The Exciting Sounds moves around cavernous soul, linked by hip hop, funk, rock and Menahan’s unconventional streams of sound from opening “Midnight Morning,” the psych-synth ricochet of “Cabin Fever” and organ-fused “Silkworm” (both conceived from a project with The Roots’ Black Thought), through the horn swelling funk of “The Starchaser,” “Rising Dawn,” or mixed tempo “Devil’s Respite.”

Exciting plays like a foreign film without subtitles (or lyrics) and neither is necessary to comprehend it. Powdered with Menahan’s “garlic knots” of  “Glovebox Pistol,” a one-minute, nine-second tease Brenneck pulled from a demo originally arranged for Bette Midler, along with a moodier “Queen’s Highway” and the avant-soul of “Parlor Trick,” Brenneck initially wanted to make an album heavily influenced by J Dilla’s Donuts—the late rapper’s 2006 release of 31 tracks, each running under one or two minutes—with these shorter compositions.

“Some of them are like tiny themes out of a movie,” says Brenneck. “It’s a figment of our imagination because there is no movie, but to me ‘Pistol Glovebox’ is straight out of an old Western. ‘Parlor Trick’ I knew wouldn’t fly with the Budos, but we ended up putting horns on it, and it’s pretty wild track. At some point, I was also kicking around the idea of calling the record garlic knots, which is the Staten Island version of donuts. Who doesn’t love garlic knots?”

An older Exciting track, “The Duke” was a more uptempo instrumental Brenneck originally wrote for Bradley during the soul singer’s Victim of Love sessions but eventually revisited it as he was working on the new Menahan album. “I tried to get Charles on it, but he never really connected with it,” says Brenneck. “I wasn’t into forcing it. It was either magic or not magic, so it went back on the shelf.”

By the end of The Exciting Sounds of Menahan Street Band, Bradley’s scream, a snippet pulled from a recorded demo he and Brenneck worked on in a past session, pierces the opening of closer “There Was a Man.”

“It’s a complete ode to Charles,” shares Brenneck. “He was never supposed to sing on that song but I knew he would have loved it, so that was serendipitous. It just so happened to have Charles in the background, as they say, with his Bradley-isms.”

Exciting is a deeper homage to Bradley and the music Menahan made with him throughout the years before his ultimely passing from stomach cancer in 2017. Brenneck says that its an instrumental statement from the band emotionally threaded in the aftermath of Bradley.

“Charles made most of his records with Menahan and with Budos and that was like his family,” says Brenneck. “The music is connected like DNA.”

Working with Bradley throughout his career, Brenneck also founded Dunham Records and Studio where he worked with Amy Winehouse and on various projects with the Menahan Street Band.

Born and raised in Staten Island, NY, where he founded The Budos Band, Brenneck—who has also worked as a session guitarist, writer, and producer for Lady Gaga, Miley Cyrus, Jay-Z, Beyonce, Rufus Wainwright, CeeLo Green, Dan Auerbach, John Tillman, Father John Misty—moved to Los Angeles nearly fours years, where he lives with his wife and two children, and works out of the Hollywood Sound Factory studio with Mark Ronson.

Even during a near decade-long “hiatus” from Menahan Street Band, all members have continuously worked together on Daptone and individual projects. “Though we haven’t put together a Menahan album, we’re still rocking together all the time,” says Brenneck. “When the vibe is right and we do get together with the intention of making a Menahan record, we have to approach it in a different way than we do other projects. There’s a lot of freedom in that, because it doesn’t just have to be supporting a vocalist and we are basically doing whatever the fuck we want.”

For The Exciting Sounds, everything culminated from a collective motivation to finally release new music.

“As far as approaching a record, I didn’t have to make like four and a half minute bombs,” says Brenneck. “We could just bust out a minute-long jam if we wanted. There’s no bullshit or flexing of the individual in this band. It’s really just about the collective sound, and the songwriting kind of has to really be a part of that for an instrumental to have legs.”

It all goes back to how Menahan started, making music for themselves in between sessions and tours with artists like Sharon Jones, and recording in their Brooklyn apartments in between, resulting in the band’s 2008 debut Make the Road by Walking. Throughout the years, Menahan’s instrumentals have been sampled by hip hop producers and artists, including Jay-Z, Eminem,  Kendrick Lamar, Travis Scott, and 50 Cent.

“It’s like here is a new batch of analog recordings,” says Brenneck. “We have the same taste as a hip hop producer, but none of us are beat majors. We make the beats the longer way, with instruments. We’ve always been trying to make records on the level that would be sampled in hip hop, because that is a way to gauge relevance and success in a way. Getting samples is really flattering, because the music that we love is the foundation of hip hop.”

Reflecting again on his years working with Bradley, who is the godfather to his now 7-year-old son, Brenneck says his music is still relevant today, particularly earlier No Time for Dreaming tracks like “The World (Is Going Up In Flames)” and “Golden Rule.”

“He was always thinking about apocalyptic shit,” says Brenneck. “His life was always on the verge of falling apart, so his records reflect his state of mind so much. On that first record, he was still living in the poverty he had known his whole life, so those lyrics, on a social level, are so relevant right now.”

Brenneck loved playing Bradley music, whether he was making it for him or not, and getting his reaction. “I cherished his friendship so much,” shares Brenneck. “If he wanted, he would just tell me ‘Tommy, I want that,’ and he loved the instrumental music just as much.”

Working while Bradley was recovering the first time from his battle with cancer, Brenneck says that while none of the music was initially made for him on The Exciting Sounds, it did come out of a sadness of losing him.

“I wish he could hear it,” says Brenneck of the new album. “Maybe he can. We talk about him all the time. He’s an ever present in my life, and he’s definitely a spirit in this music.” 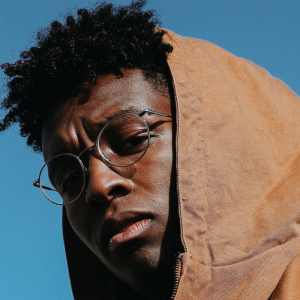 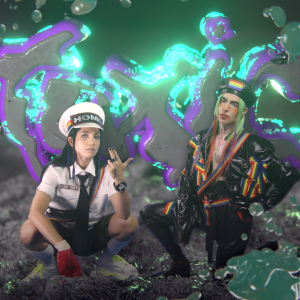