In response to COVID-19, and less than a year from his last self-titled release, Mick Flannery pulled out a seventh album, Alive – Cork Opera House 2019, one that would act as a profit share with all sales being divided equally among the musicians and engineers. Everything was set. Alive was officially coming out on July 24. Then, something unexpected happened: Taylor Swift released her new album, Folklore, at midnight on the exact same day. Not a problem. Flannery’s album was scheduled to hit, regardless of a Swift “storm” sweeping the music industry, and he was determined to make it work to support his band and crew.

Now, Alive is hoping to bump Folklore off the No. 1 spot in Ireland.

“I’m very grateful for all the work, planning and promotion that went into this release,” says Flannery. “We thought we had things timed pretty well to get the nice spot on the chart on release week, so Taylor’s announcement came at a pretty deflating time for sure. I’m very thankful to all those who are still trying to make this seeming impossibility happen.”

“The night before release, to see that Taylor Swift is putting out a surprise album on the same day, there’s definitely a bit of overshadowing that occurs,” says Flannery, “but we’re still here, with an enormous amount of support from the Irish community and beyond, all putting in the elbow grease to to see if we still have a chance.”

He adds that the Irish community has stepped up to support independent artists during the pandemic. Some fans even started a social media campaign to boost sales of Flannery’s album, using the hashtag “Taylorwho to support additional sales of his album.

“People have been buying multiple copies of the album and tickets to the live streams,” says Flannery. “I’m very appreciative of everyone who’s trying to help get the album to No. 1 with the unlikeliest of odds.”

Recorded live to a sold-out audience at the Cork Opera House in 2019, Alive features 17-tracks, including “There Must Be More,” “Dead Thing Missing,” “Better Get a Sweater,” and the more comical “Brad Pitt from the Neck Down.”

On July 29, Flannery took the profit-sharing to the venue-level with album launch shows with the band presenting live streamed show from Ireland, which were presented by six venues in North America, including the temporarily closed New York’s Rockwood Music Hall, The Club Passim in Cambridge, MA, Exeter, New Hampshire’s The Word Barn, The Ark in Ann Arbor, MI, The Phoenix Theatre in Petaluma, CA, and Toronto’s The Horseshoe Tavern. All of the participating venues received 50 percent of ticket sales from this show. Just days before, the band also held another live stream in support of local music venues in Ireland.

“This is a small gesture of solidarity to these independent music venues which make up an integral part of the tapestry of the music industry,” says Flannery. “We need to support them now, and even more so when they are allowed to re-open.”

Independently released by Flannery, he hopes the efforts around Alive can help support the music community, despite the off timing of its release.

“I think it showcases the talents of the people I’m lucky to share stages with,” says Flannery. “I’ve been playing music with this band for quite a while now and this was a particularly nice night to capture on a recording. Things happen in live gigs that don’t happen so easily in studio settings, the atmosphere of the room and the audience plays in, perhaps a home-crowd helped also. This album captures the in-the-moment spontaneity of the musicians, and that’s great to hear.” 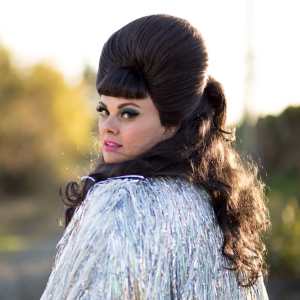 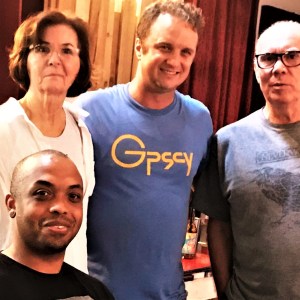