More than 1,000 musicians from more than two-dozen countries came together at Stade de France in Paris over the weekend. There they paid tribute to the late drummer and frontman Taylor Hawkins.

The tribute, which you can see below, occurred at the latest staging of the Rockin’ 1000 concert, during which the musicians on hand performed a rendition of the Foo Fighters hit song, “My Hero,” to celebrate the life and influence of Hawkins.

Some background: the Rockin’ 1000 concert was initially launched as a big scheme of sorts to lure the Foo Fighters to the small town of Cesena, Italy. Since its inception years ago, however, the Rock’ 1000 idea has evolved into a live party for rock and roll music. Hundreds of singers, six-string players, bassists, and drummers get together for the event, often on one stage, and RAWK!

Saturday, May 21, marked the first staging of the Rockin’ 1000 in nearly three years, as Consequence reports, due to the pandemic and recent lockdowns from the COVID-19 epidemic. The event was also the subject of the recent 2020 documentary, We Are the Thousand.

But this year they were back, with a crowd of some 50,000 people looking on. The collective of musicians performed a 21-song set that included covers of songs by The Who, Rage Against the Machine, Pink Floyd, The White Stripes, Guns N’ Roses, and the Foo Fighters.

Hawkins, as many music fans know, passed away earlier this year while the Foo Fighters were playing a string of South American shows. He was just 50-years-old.

Watch the video of “My Hero” here below. 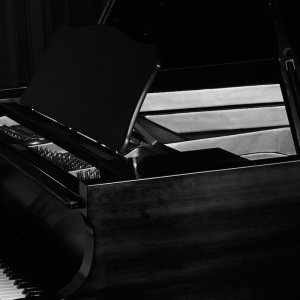