Welcome back to our ongoing series where we share with you some of our favorite songs and music videos that came out this week.

In our latest installment, check out tunes from Leon Bridges, Debbie Gibson, Death Valley Girls, Dionne Warwick, and many more.

2. Also on Tuesday, famed pop star Debbie Gibson released a series of remixes for her song, “One Step Closer.” Check out the batch of songs via SoundCloud below and get ready to dance your knee-high socks off!

3. Thought-provoking Seattle rapper Sol released his latest single “In My Pocket.” The song hearkens to the golden age of hip-hop when the genre provided a window into emcee’s minds, their day-to-day, and their perspective on what’s around them. Oh, and the song is hella catchy, too.

5. Actress and musician Victoria Blade released her latest music video this week for the song, “I Don’t Wanna Worry.” Blade, who is a talented singer and songwriter, was also a star of the television show WandaVision in 2021, playing the role of Commercial Woman. Check out the new vid below.

6. This week, popular Americana band The Head and the Heart announced an upcoming 2022 tour. And to celebrate that news, the band released its newest single today, “Every Shade of Blues,” which you can see below.

7. Everybody’s favorite Twitter personality and musical Auntie, Dionne Warwick, released her latest song this week, “Power In The Name,” which features the lyricist Krayzie Bone (from Bone Thugs-N-Harmony) and the producer Nomad. Check out the heartfelt tune below.

8. Seattle-born rock band Band of Horses released its latest single this week, “Lights.” The song is on the group’s forthcoming LP, which is out March 4. Check out the rocker below.

9. In rock history, there aren’t two voices more important than Ann Wilson and Layne Staley’s. So when Wilson covered Alice in Chains’ famed hit, “Rooster,” we have to take notice. What a rendition.

10. Is there a better guitarist on planet earth other than Billy Strings? The answer is no. Well, not to get distracted by hierarchy, it’s just fun to celebrate the artist for all his prowess on his instrument. So, let’s do so and check out his latest single and music video for the song “Love And Regret” below.

11. This week, Pedro the Lion (aka David Bazan) surprised fans by releasing an entire new album. Rather than give out a sole single here, let’s just enjoy the entire nearly 40-minute opus below from the cerebral artist.

12. Beautiful Baltimore-born band Beach House released the latest chapter of songs from its forthcoming LP earlier this week. Check out Once Twice Melody: Chapter Three below in all of its shimmering splendor.

13. Valerie June released a new cover of the Nick Drake song, “Pink Moon.” What a combination. Check out the visualizer video for the rendition here below from one of our favorites.

14. Today (Jan. 21), the amazing six-string player Molly Tuttle announced her new album, Crooked Tree, which is set to release on April 1. To celebrate the news, the artist shared the titular single from the LP, which you can check out below. 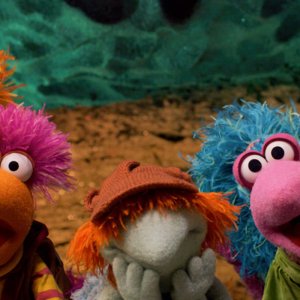