Music City’s hottest music festival just got hotter. On Thursday, September 30, Next BIG Nashville will host Caleb Followill, Kings Of Leon’s golden-voiced frontman, who will be the subject of the Artist Interview.

Followill, whose band launched their career in Nashville, will be interviewed at The Curb Event Center at Belmont University at 4:30 pm. Kings Of Leon’s upcoming album, Come Around Sundown, follows their 2008 commercial breakthrough, Only By The Night, which has sold more than 6.5 million copies.

Keep an eye out for American Songwriter’s illuminating cover story on Kings Of Leon in the November/December issue, and stay tuned to Americansongwriter.com for a summary of Caleb’s interview, and full coverage of Next BIG Nashville and Leadership Music Digital Summit. 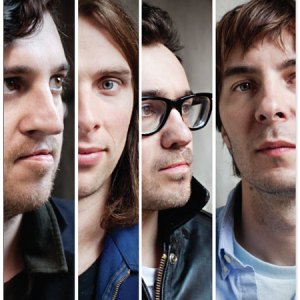