Peter Gabriel has revealed that songs from his upcoming album, i/o, his first in 20 years, will be released as two different versions. Splitting the songs into a Dark-Side and a Bright-Side, the songs will vary in sound, based on specific mixes by engineers Tchad Blake and Mark ‘Spike’ Stent.

“I’m lucky to have two of the world’s best mix engineers: Tchad Blake and Mark ‘Spike’ Stent, working with me on the music from ‘i/o,'” said Gabriel in a message to members of his Full Moon Club. “Rather than choosing only one of their mixes to release, I have decided that people should be able to hear all the great work that they are both doing.”

Gabriel recently revealed that the songs on the album, his first since ninth album New Blood in 2009, will be released in correlation to the lunar cycle with the new track during each upcoming full moon.

“I intend to ask them to mix each month’s song, with Spike’s mixes being called the ‘Bright-Side’ and Tchad’s the ‘Dark-Side,’ added Gabriel. “Whether you hear the ‘Bright-Side’ or the ‘Dark-Side’ first will vary each full moon, depending on the order we decide to release them. I know this amount of detail is not for everyone, but I hope those that are into their music production will enjoy their different interpretations.”

The Dark-Side remix of the lead single, “Panopticom,” featuring Brian Eno on synth, David Rhodes on guitar, Tony Levin on bass, and Manu Katché on drums, was recently released. The hypnotic track is “based on an idea I have been working on to initiate the creation of an infinitely expandable accessible data globe: The Panopticom,” said Gabriel in a statement.

“We are beginning to connect a like-minded group of people who might be able to bring this to life,” he added, “to allow the world to see itself better and understand more of what’s really going on.”

In addition to the release of i/o, Gabriel also revealed an upcoming tour consisting of 22 shows across the U.K. and Europe, which will kick off on May 18 in Krakow, Poland, and conclude on June 23, in Dublin, Ireland. 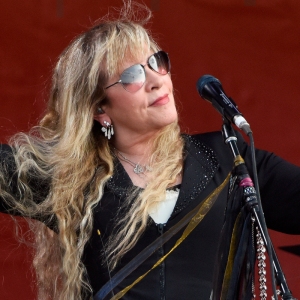