For the first time in nearly a decade, Peter Gabriel announces an official solo trek outside of North America. The singer returns to Europe and the U.K. in 2023 for his “i/o The Tour,” which supports his forthcoming album of the same name.

The tour, which kicks off on May 18, in Krakow, Poland, and concludes on June 23, in Dublin, Ireland, consists of 22 shows across U.K. and Europe.

“It’s been awhile and I am now surrounded by a whole lot of new songs and am excited to be taking them out on the road,” Gabriel said in a statement. “Look forward to seeing you out there.”

Gabriel previously teamed with Sting on the road in 2016 for the pair’s “Rock Paper Scissors” trek. He last toured solo in 2014 with the “Back to Front Tour,” which commemorated the 25th anniversary of his fifth album, So. He released his most recent album of new, original material in 2002 with Up. In 2010, Gabriel unveiled a covers albums Scratch My Back, followed by 2011’s New Blood, a collection of orchestral re-recordings of songs spanning his career.

Though a release date for i/o hasn’t been announced, more details of the album are forthcoming. Earlier in 2022, Gabriel said he had a number of new songs he was “trying to get finished” and initially planned to release something by the end of 2022. In 2021, Gabriel posted a series of photos featuring himself with longtime drummer Manu Katché, guitarist David Rhodes and bassist Tony Levin, at his Real World Studios in Wiltshire, England.

Gabriel also shared that he and his band worked on 17 songs in 10 days.

“I’m excited by what is being cooked at the moment,” said Gabriel when he first began teasing new music in 2020. “I have been slowed down quite a lot by lockdown. We’ve not been able to have Dickie [engineer Richard Chappell], but I have enough songs that I like, to make a record I’m proud of.” 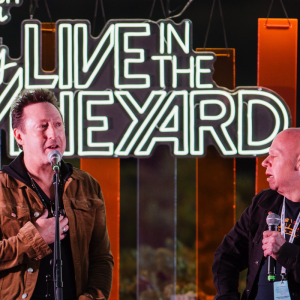