The world mourned the death of legendary actress Betty White on Friday (December 31). She was 99 years old and just weeks from turning 100 (on January 17).

According to TMZ, there were makeshift memorials outside her house and on her square at the Hollywood Walk of Fame. Sad times at the turn of the year.

But one of the silver linings from the many tweets and obituaries and videos (like this one) shared about the actress was the revelation that she was one of Dolly Parton’s big fans (aren’t we all?!).

Speaking to The Boot in 2010, White said of the country music genre: “Country music tells stories, and it’s also basic. It’s the kind of music that reaches right inside of you because it’s simple and it’s direct. I just enjoy it thoroughly. It’s relaxing and nostalgic. It can turn on some lovely memories and sometimes some poignant ones.”

The former Golden Girls actress said her favorite Parton song was “9-to-5”.

“I like Dolly’s whole approach to life with ongoing and uplifting songs,” White said. “I never met Dolly but everything I ever heard about her she was a great gal to know and you could kind of get it in her music and her voice and her approach to lyrics.”

She also told the outlet that another of her favorite songs was “Sixteen Tons'” by Tennessee Ernie Ford. Of him, she explained, “I knew him, and Ernie was a very likable guy, and the power of his voice was amazing!”

White’s passing had many commenting on her illustrious life, which spanned nearly 100 years in show business. Even President Biden commented on Twitter, saying, “Betty White brought a smile to the lips of generations of Americans. She’s a cultural icon who will be sorely missed. Jill and I are thinking of her family and all those who loved her this New Year’s Eve.”

Other musicians, including rocker Ayron Jones, remembered White, too. Jones said, “Thank you for the memories and endless fits of laughter. Rest in Power @BettyMWhite 1922-2022 #bettywhite#goldengirl“

On Saturday, Parton tweeted her sorrow about White’s passing, writing, “While watching the news last night I learned of Betty White’s passing. Betty will live forever not only in this world but the world here after. I will always love her as we all will!”

And White had a voice, too! Check out this clip of her singing “Nevertheless (I’m in Love with You)” from 1954. 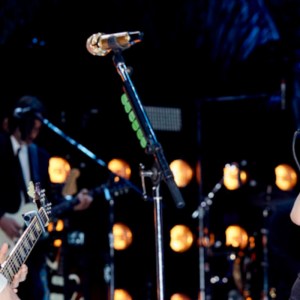 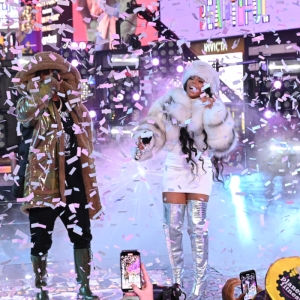