Reba McEntire is just full of surprises. As her Christmas movie, Christmas In Tune was airing on Lifetime Friday night (Nov. 26), the country legend was in Durant, Oklahoma performing at her show. It was during this time that the “Fancy” singer surprised the audience with an announcement about the opening of a new restaurant in Atoka, Oklahoma.

In partnership with the Choctaw Nation of Oklahoma and The City of Atoka, Reba is bringing Reba’s Place, a new dining and entertainment venue, to her home state of Oklahoma. According to the Rebas Place website, the new venue is “a combination restaurant, bar, live music venue and retail store brought to life by country music superstar Reba McEntire.”

Reba shared the announcement on Instagram, with a video from her show in Oklahoma.

“Chief Gary Batton of the @choctawnationok joined me on stage tonight in Durant, OK to make a special announcement,” Reba wrote in the post. “I’m very excited to announce Reba’s Place opening in Atoka, OK later in 2022! Reba’s Place is formed in partnership with the Choctaw Nation of Oklahoma and the City of Atoka.”

“We are so excited here in southeastern Oklahoma, here in the Choctaw nation to be bringing a partnership with Atoka, Oklahoma, by the way, thank you Atoka,” Batton said in the video. “But we are partnering with the greatest female country singer of all time to bring Reba’s restaurant to Atoka, Oklahoma.”

Reba then shared her excitement about the news. “We’re thrilled to pieces because it’s going to be right downtown Atoka, it’s going to be called Reba’s Place and it’s going to be in the old masonic building. You all know where that is if you’ve been to Atoka,” Reba said showing off a rendering of the new venue. “We’re really tickled, we’re very excited about it. It’s going to have great food, a family atmosphere, a bandstand in there where we can do a little pickin’ and grinnin’ and singin’.”

She continued, “We’re hoping by the end of next year, around September 2022, around that sometime, that we’ll be ready for serving you guys to come up and see us”

With two stories of dining space and a central stage, Reba’s Place will be the spot to catch live performances. The menu will consist of local Oklahoma specials along with a mix of Nashville, New Orleans, and Mexico dishes, including “Fancy” steak dinner, street tacos, chicken fried steak, and Reba’s personal favorite, pinto beans, and cornbread. And to wet your whistle, the bar will serve a wide range of beer, wine, and spirits crafted into signature cocktails.

“We’re excited about it, so now y’all come on up and have a hamburger with is, OK,” Reba said to an excited crowd.

Reba’s Place is coming to Atoka, Oklahoma in late 2022. 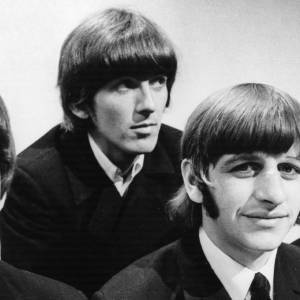