Today is the 30th anniversary of Stevie Ray Vaughan’s tragic death in a helicopter crash outside Alpine Valley Music Theatre in East Troy, Wisconsin. The crash occurred the morning of August 27, 1990 and killed Vaughan, the pilot and three members of Clapton’s crew. The 35-year old Texas guitarist had just performed a blistering set of music, capped with an encore jam session featuring his brother Jimmie Vaughan, Eric Clapton, Robert Cray and Buddy Guy.

Vaughan was arguably the premier blues guitarist of his day, and at the top of his game. His life was turning around for the better, after a long run of drug and alcohol abuse. He was newly sober, having overcome the destructive demons which led him to rehab, which he addressed on his 1989 release In Step. A new album, Family Style, the first official record with brother Jimmie, was days away from being released.

JIMMIE VAUGHAN: Stevie was unreal. He just smoked–he was on another plane, and we all knew it. It was one of those gigs where you can’t believe what you’re hearing from a performer. They were all just wailing and happy, making it happen, raising it another notch.

CHRIS LAYTON: After the show, Stevie and I sat and talked for about a half hour about how good these two shows had been and about his excitement for the future. He said that the record with Jimmie was something that he’d wanted to do for years and considered a necessary part of his life’s progression. He said, “I needed to make that record with my brother, and we’ll play a bunch of shows, but I can’t wait to get to our next record. I’ve got some ideas and i hope they don’t sound weird: strings, big horn sections… We’re gonna bust it wide open.” I said, “Hell, that sounds exciting.” In Step was the fledgling step of putting some twists on our roots and he was looking forward to taking things to a whole new place on the next record.

At the end of Clapton’s set the second night, he stepped to the microphone and said, “I’d like to bring out to join me, in truth, the best guitar players in the entire world: Buddy Guy, Stevie Ray Vaughan,  Robert Cray, Jimmie Vaughan.” All four walked out to a wash of cheers from the crowd of 40,000 and set off on an extended jam of  “Sweet Home Chicago,” trading off vocals, red hot guitar licks and smiles.

LAYTON: I was standing on the stage when they came out and Stevie played this one note that sounded so big…

TOMMY SHANNON: God yeah! That one note was bigger than the whole place! People went nuts when Stevie hit that note.

LAYTON: I’d been with the guy for 13 years, and I still thought, “That sounds huge!” Not just loud, but big. The same kind of “tone” thing as the first time I ever saw him at the Soap Creek.

REESE WYNANS: I went out front to watch the jam and it was beautiful. Stevie’s playing was just soaring through the air. He was in his element, playing as good as I had ever heard him.

ROBERT CRAY: Stevie and Eric were both blistering. We finished with this great “Sweet Home Chicago” jam and everyone walked off the stage very happy. We were all going our own ways. Eric and Stevie were walking back to Eric’s dressing room and I was trailing them and could hear them both saying to each other, “You were great.” Everyone was so happy. 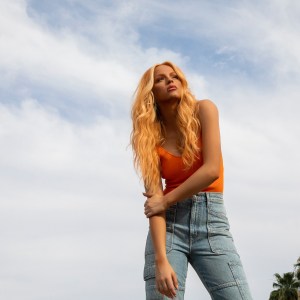 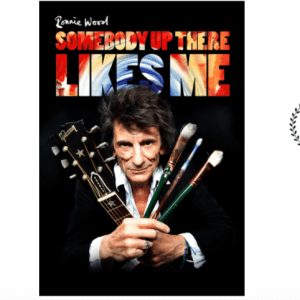