The artist, who goes by the name Pluralone when playing solo, is a former longtime member of the Red Hot Chili Peppers. Now, he plays as one of the touring musicians with Pearl Jam.

But speaking about his tenure with RHCP, Klinghoffer says that producers often stood in the way of the Peppers’ production. Especially a legendary one, Rick Rubin.

“Rick Rubin was way more a hindrance than a help,” says Klinghoffer.

Klinghoffer left the Red Hot Chili Peppers in 2019. Since then, he’s gone solo, played with Pearl Jam, and also played in Eddie Vedder’s solo project. Klinghoffer released his latest solo work, This Is The Show, earlier this year.

Sitting down with VW Music to talk about Pearl Jam and his solo work, Klinghoffer opened up about his history with the Peppers and the various producers they worked with on the 2011 record I’m With You and the 2016 offering The Getaway.

“I’m incredibly conflicted about my output with that band because I feel like, in both circumstances, producers got in the way of us truly making great music or a great record,” said the musician. “I like almost all of the songs that we wrote together, but seldom did we capture them in the best way.”

Rubin produced I’m With You, along with the five Peppers albums prior. The Getaway was produced by Danger Mouse. Klinghoffer said, though, that stance is “biased” and “warped” because of the time that’s passed since he was replaced by longtime band member John Frusciante.

Added Klinghoffer, “I will say that in the case of I’m With You, I feel Rick Rubin was way more a hindrance than a help. He told me once, ‘I just want to help the songs be the best they can be.’ I should’ve said, ‘Well, then get your driver to come and get you.’”

“When we worked with Rick [on the band’s 1995 album, Ballbreaker] there was something not quite right there,” said Young. “He’s not a real rock and roller, that’s for sure. All he worried about was the snare drum. We would never go back to him. We thought he was a phony, to be honest!”

Many more have praised Rubin, including Metallica’s James Hetfield, who said Rubin brought the famed metal band’s “sound to a new level.”

Perhaps the final word comes from the Peppers and Rubin. The two worked on the band’s 2022 dual albums, Unlimited Love and Return of the Dream Canteen. 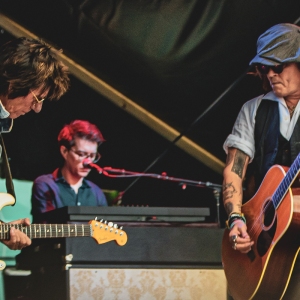 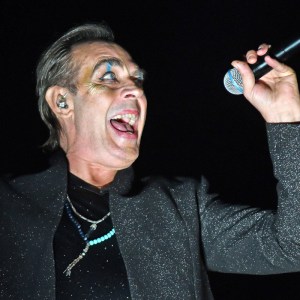