A/J Jackson is holed up at home in Glendale, CA, but everything is fine. The Saint Motel singer is still amazed that the band managed to dodge postponing most of their tour following the coronavirus outbreak, finishing their U.S. and Canada dates right before everything shut down.

Still set to reschedule their European shows, Jackson is refocused on releasing the second portion of the band’s three-part album, ORIGINAL MOTION PICTURE SOUNDTRACK, this summer. Part 1, released October 2019, featured the first five songs in the band’s ultimate movie soundtrack and the following, Part 2 and Part 3, will release this summer and fall, respectively, culminating in the band’s full length, third album.

Music for motion pictures makes perfect sense. After all, making music for the movies is what Saint Motel does well. It was always their musical modus operandi since forming more than a decade ago—fresh out of film school—with 2012 debut Voyeur. Now, Jackson, along with guitarist Aaron Sharp, bassist Dak Lerdamornpong, and drummer Greg Erwin, have taken on one of their most extensive pieces of work yet, all in honor of the big screen.

The indie-pop quartet’s follow up to saintmotelevision (2016), ORIGINAL MOTION PICTURE SOUDNTRACK: Part 1 kicked off with the ’60s pop-mod Hollywood beat of “Van Horn,” one of five tracks—along with “Old Soul,” “Sisters,” “Diane Mozart,” and “Save Me”—that serve as the opening to the album’s story.

Saint Motel’s latest scene is set, and voluntary self-isolation is helping Jackson put the finishing touches on the visuals tied to Part 2. The band produced a trailer around Part 1, and hope to piece together a second film. Unfortunately, they can’t gather a film crew under the current conditions and social distancing, so Jackson is figuring how to continue where Part 1 left off and create more virtual elements around the music during this “time off.”

“We’re talking to some companies and trying to figure out how to take our tour into the virtual space right now,” Jackson tells American Songwriter. “There’s a lot of possibility for experimenting with ways to innovate during this time of people being at home and trying to see if maybe it leads to new things.”

Initially, the third album came together shortly after Saint Motel finished their last tour, late 2018. Jackson set up a writing “office” inside a cabin in the mountains of Monrovia, CA. There, he created a hyper writing schedule for himself, to avoid writing in vans or on a plane, which he says was done for most of saintmoteltelevion.

“I was craving structure, so I would leave at night, leave everything behind an not take the music home with me, go back in the morning and start fresh,” says Jackson. “It was very structured and planned out. I broke it down into very specific times where I would go on a hike, I would eat, and I’d meditate there.”

During the early writing phases, the band didn’t have a motion picture concept in mind. “Everything was written as it came to make the best song possible and without any design of this motion picture,” says Jackson. “Then, just by chance, the track order seemed to fit really well with this concept.”

Unraveling the three major parts of a film, ORIGINAL MOTION PICTURE SOUDNTRACK sets up the story and the characters, introduces the conflict, and offers some closure in the end. Part 1 is focused on the optimism and hope and the characters in the album’s world, says Jackson, while Part 2 introduces the story conflict when everything gets turned upside down. To tease Part 2, Saint Motel released film noir-inspired single “A Good Song Never Dies,” which was also featured on PlayStation’s “MLB The Show 20” video game.

Part 1‘s closing track, “Save Me,” leaves off where Part 2 begins. “It really is the part in the movie where the princess gets taken by Bowzer and you have to rise to the challenge and figure out a way to save the day,” says A/J. “Then, by the middle of Part 2, you’re having a great time but in a different way. In Part 1, you think this is so much fun. I have newfound powers. I was bit by a radioactive spider. And just before you realize the limitations of these powers there’s a big challenge, and then a rise to it kind of thing.”

Revealing little about grand finale, Part 3, Jackson jokes that perhaps there’s no resolve, and the album will close off as a “to be continued.”

“It’s a secret,” he says. “Part 1 was the kind of the Oscar contender, and I feel like Part 2 is the summer blockbuster.

Part of Saint Motel’s own story, the band have managed to consistently release a new album nearly every four years—something Jackson says was never deliberate but more a product of the time involved in all the musical and visual pieces in play. “I’m very fast with ideas and very slow with execution,” says Jackson. “It’s faster for me to write music, and then it becomes slower to finalize it. Everything moves a lot slower than it does. At the first spark of the idea, I’m like, ‘oh my God, let’s put this out next week,” and then it’s a year later.”

Working mostly with producer Mark Needham (Fleetwood Mac, The Killers, Chris Isaak), Jackson says all three parts are recorded. Each will feature five songs but Jackson says he may expand on Part 3 since they have more time now. “I really like the symmetry of it,” says Jackson.

Even if things are at a halt, everything is ready to go. To keep the story of Part 1 relevant, and segue into the next chapter, the band recently released an acoustic version of “Van Horn.”

Amid the current pandemic, Jackson recognizes the enormity of the current state of affairs but is still laser focused on the future vision of ORIGINAL MOTION PICTURE SOUNDTRACK and getting back on tour—hopefully by late summer or fall.

“I really hope that it [COVID-19] doesn’t have any lasting impact on everyone’s psyche about being in crowds and next to people,” says Jackson. “Instead, I hope it’s more massive celebrations like never before since people have been cooped up for so long. I hope it goes that way.” 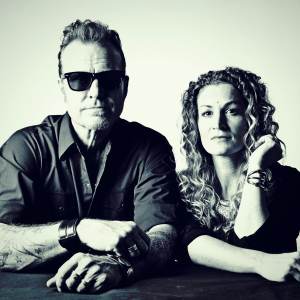 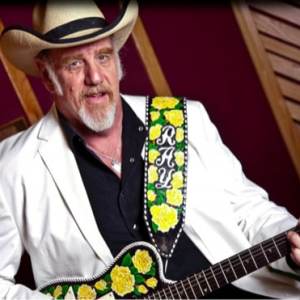