The video, which you can see below, occurred before Foxx began shooting the biopic, Ray, which was famously all about Charles’ life.

Foxx was nominated for and won the Oscar for Best Actor for his portrayal of Charles in the 2004 film.

The video was shared on social media by DeMarco Smith, who said, “Ray Charles & Jamie Foxx. July 2002. The process of Jamie transforming into Ray while Ray Charles is present at the RPM Studio is the positivity you need to see today. The director was finna hire a piano player until Jamie said that wasn’t necessary I got it…”

Ray was released in October of 2004, just a few months after Charles passed in June of that same year. And the clip of the two artists wowed fans from Rex Chapman to Autumn Rowe. After about 24 hours on Twitter, Smith’s tweet had about 50,000 likes, 15,000 re-tweets, and hundreds of comments.

Those who watch the clip may understandably think Foxx is intimidated by Charles and while that is likely at least partially true, Foxx, as he says in the video, is a classically trained pianist.

Taylor Hackford, who directed Ray, said in the clip that he had no idea Foxx was as talented a pianist as he turned out to be in the movie. Hackford says he was planning to hire a pianist to play the part in the movie but when he saw Foxx’s prowess, he knew he’d found the perfect actor for the part.

Ray also stars Regina King and Kerry Washington. The film grossed over $120 million worldwide upon its release, and much more since then.

Charles had hoped to attend the screening upon its debut but sadly passed away ahead of that in Beverly Hills, California at 73 years old. 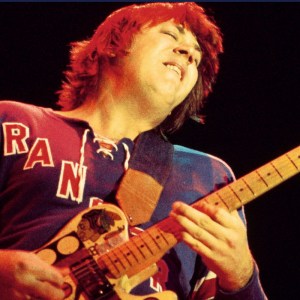