Certainly, Michigan-born rapper Eminem is one of the most polarizing, controversial mainstream artists of the past century or two. Whether he’s bashing boy bands or a former president, Marshall Mathers pulls no punches.

That aside, however, Eminem is also one of the sharpest, wittiest wordsmiths in history. He’s dumbfounding when it comes to his rhyme schemes and prowess on the microphone.

All of these facts are well known, to date. But what might not be as well known are Eminem’s thoughts when it comes to his craft, his concepts of life and love, or what he thinks about the world of business.

That is the subject of this inquiry here.. So, without further ado, let’s dive into the best 25 Eminem quotes.

2. “Everybody has goals, aspirations or whatever, and everybody has been at a point in their life where nobody believed in them.”

3. “Dealing with backstabbers, there was one thing I learned. They’re only powerful when you got your back turned.”

4. “If people take anything from my music, it should be motivation to know that anything is possible as long as you keep working at it and don’t back down.”

5. “Sometimes I feel like rap music is almost the key to stopping racism.”

6. “I need to keep working on myself for a while.”

9. “Trust is hard to come by. That’s why my circle is small and tight. I’m kind of funny about making new friends.”

10. “The truth is you don’t know what is going to happen tomorrow. Life is a crazy ride, and nothing is guaranteed.”

11. “The writing process, the way I go about it is I do whatever the beat feels like, whatever the beat is telling me to do. Usually, when the beat comes on, I think of a hook or the subject I want to rap about almost instantly. Within four, eight bars of it playing I’m just like, ‘Oh, OK. This is what I wanna do’.”

12. “Anything I’ve ever said, I certainly was feeling at the time.”

13. “I always try to be smart. I try to treat all the money I’m making like it’s the last time I’m going to make it.”

15. “Now that I understand that I’m an addict, I definitely have compassion for my mother. I get it.”

16. “I might talk about killing people, but that doesn’t mean I do it.”

17. “Ultimately, who you choose to be in a relationship with and what you do in your bedroom is your business.”

18. “If there’s not drama and negativity in my life, all my songs will be really wack and boring or something.”

19. “Hip-hop saved my life, man. It’s the only thing I’ve ever been even decent at. I don’t know how to do anything else.”

20. “When you’re a little kid, you don’t see color, and the fact that my friends were black never crossed my mind. It never became an issue until I was a teenager and started trying to rap.”

21. “I don’t know if I ever feel totally great about a record when I put it out. With every record that I put out, someone has literally got to come pry it from me because when I listen to my own music, I just hear flaws in it.”

23. “It creeps me out sometimes to think of the person I was. I was a terrible person. I was mean to people.”

24. “I don’t even know how to speak up for myself, because I don’t really have a father who would give me the confidence or advice. And if you’re always the new kid, you never get a chance to adapt, so your confidence is just zilch.”

25. “Honestly, I’d love to be remembered as one of the best to ever pick up a mic, but if I’m doing my part to lessen some racial tension I feel good about what I’m doing.” 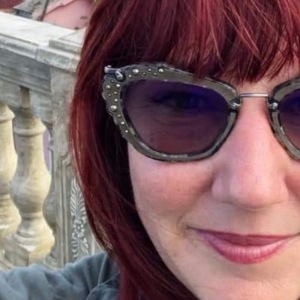