Here on what would have been Laura Nyro’s 73rd birthday, it is the perfect time for “And When I Die.” Of course, anytime is a good time for this song. It’s one of those songs which resonates forever, in that distinctive melody, which is both yearning and knowing, and in the folk wisdom woven into the words.

Remarkably, it was her very first song. Normally, except with rare exceptions (John Prine), songwriters spend years writing songs before they write a masterpiece. If they ever do. She did it when she was 17.

When I interviewed Laura in 1994, I asked about the origins of her songwriting, not knowing where it began. She said she loved all the arts – painting, jazz. But by 17, she said, “I just knew music was the language I wanted to speak.”

When she said “And When I Die” was the first song she wrote – at 17 – I was surprised. How did she reach that level of songwriting at that age?

“I was reading poetry from the time I was really young. And I really liked poetry. So by the time I started writing songs, I was in a poetic frame of mind. And I’d also been passionately listening to music since I was really young. I was listening to John Coltrane and Miles Davis when I was 14. So by my late teens, when I wrote ‘And When I Die,’ I was already deep inside of music.”

She didn’t labor over it, she said. It came naturally because it expressed “a certain kind of folk wisdom teenagers have.”

Peter, Paul & Mary actually recorded it first, in 1965, before Laura recorded it herself on her debut album in 1966.

But it was Blood, Sweat & Tears who had the biggest hit with it. They
recorded it with a funkified arrangement, punctuated by their famous horn section. It came out in 1968 on their self-titled second album.

Happy Birthday Laura. Thank you for this and all the miracle songs you wrote.

On a personal note about this song, allow me the indulgence on this momentous day to explain why this day always has such a special place in my life, and this year more than ever: My son, Joshua Zollo, was born on her birthday – October 18 – in 1999. Today is his 21st birthday. 21 years. It is hard to believe. Not because he isn’t grown up – he is. Just that it went fast.

So in this song, when she sings “And when I die, and when I’m gone, there’ll be one child born and a world to carry on,” it’s always seemed pretty obvious that she was singing about my boy. Former boy, I should say. Now a man.

And I’ll keep thinking this and saying it, because it makes me happy. Happy Birthday to Laura – to Joshua – and to all born on this happily hallowed day.

“And When I Die”
By Laura Nyro

And when I die
and when I’m dead, dead and gone,
There’ll be one child born and
a world to carry on, to carry on 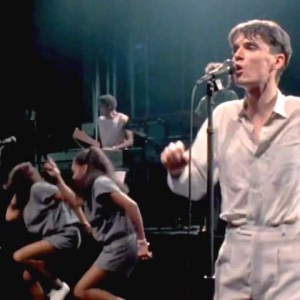