News of a tax fraud case against pop and Latin music singer Shakira recently gained public attention after more details of the case were revealed. Prosecutors alleged that Shakira failed to pay the Spanish government around $15 million dollars in taxes between 2012 and 2014. The prosecutorial team is also seeking to sentence the singer to eight years in prison for the alleged fraud.

In response to the allegations, we reached out to get Shakira’s side of the story. Read a statement from the singer’s public relations team below.

“Shakira has always cooperated and abided by the law, demonstrating impeccable conduct as an individual and a taxpayer, and faithfully following the counsel of PriceWaterhouse Coopers, a prestigious and globally recognized tax firm,” Shakira’s team tells American Songwriter in a statement. “Unfortunately, the Spanish Tax Office, which loses one out of every two lawsuits with its taxpayers, continues to violate her rights and pursue yet another baseless case. Shakira is confident that her innocence will be proven by the end of the judicial process.”

Additionally, Shakira has declined to settle the case at this time, which means that the singer is preparing to go to trial to fight the allegations. In a recent interview, legal expert Daniel Gutenplan (Partner at EPG Lawyers) made a statement about the case against Shakira, “The Spanish government has made no secret of going after celebrities for tax evasion. We’ve had Lionel Messi, Cristiano Ronaldo, and now Shakira [accused of tax evasion]. And oftentimes the government wants to make an example of them.”

Gutenplan also explained that Shakira and her team can revisit a settlement “down the road.” But whether or not Shakira resolves this in or out of trial, we just hope the singer can resolve it quickly and get back to her fans.

This remains an evolving story.

While Shakira’s hips don’t lie, Spanish prosecutors are alleging that her finances might.

The Colombian singer is currently being charged with tax fraud by the Spanish government. Prosecutors allege that Shakira failed to pay about $15 million dollars in taxes between 2012 and 2014. During that time window, Shakira is believed to have lived in Barcelona with her family. The prosecutorial team will also be seeking a fine of around $24 million dollars in response to the alleged fraud.

And here comes the kicker, on top of the charges and fines brought, prosecutors are seeking to sentence Shakira to eight years and two months in prison.

This sentence comes on the heels of Shakira rejecting to settle the case. In rejecting a settlement, Shakira will have to stand on trial. No trial date has been set as of yet. Additionally, representatives for the singer have stated that she “has always cooperated and abided by the law, demonstrating impeccable conduct as an individual and a taxpayer.” They also stated that Shakira is “fully confident of her innocence” and views these allegations as a “violation of her rights.”

Now, despite Shakira not actually being imprisoned or even technically on trial at the moment, her fans are coming out in full force to show their support for the singer. Several fans have pointed fingers at Spain’s history of colonization without reparations as a reason for hypocrisy, while many more fans turned to humorous quips.

One tweet from a Shakira fan reads, “me distracting the guards so Shakira can sneak out of jail,” above a video of a woman dancing. Others show dramatic scenes of prison breaks all in the name of freeing Shakira.

Shakira’s team has yet to make an additional comment, and this is a developing story. 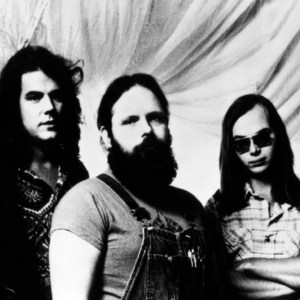