On Monday (Jan. 9), the singer took fans into the studio with her via a video that features a snippet of a new song she’s recorded. Though Baker doesn’t offer a title, she does reference some of her influences in the Twitter caption, including Aretha Franklin and Patti LaBelle.

Zooming in on the soundboard, Baker’s voice can be heard pouring through the speakers over an R&B beat, the lyrics centered around giving in to love. Now we claim our victory so sweet / And I raise my flag in a surrender to you / And I feel no defeat / I lay down my sword / This whole victory of your’s, she sings with powerhouse vocals. Baker can be heard laughing in the background saying “that’s it” while noting “we got the right frequencies.”

“[So] many Amazing Gifts, from Ms. Sarah, Ms. Patti. Queen Aretha, and my 80s Contemporarys, to Innovators, like Missy Elliot & Lady B,” Baker writes in the caption. “SO many influence me, to keep creating my own little, Miracles of Music,” signing it “gratefully ABXO.”

Among Baker’s fans sharing their excitement over the new song is fellow singer and Grammy winner Jody Watley who commented, “Yess!! Can’t wait for the release!!” “I can’t stop playing this!” writes another fan. “Absolutely beautiful!! can’t wait for this new music, Songstress!!” “Your stunning vocals are the gifts that keep giving,” adds one fan.

Baker rose to fame in the 1980s with hits “Giving You the Best That I Got” and “Just Because,” among many others. Her last studio album was Christmas Fantasy released in 2005. In 2021, she made headlines again over a dispute with her record label about owning the master recordings of her songs, later revealing that she was able to regain ownership of them.

Baker is set to embark on her first tour in nearly 30 years. The trek begins on February 11 and ends on December 23. 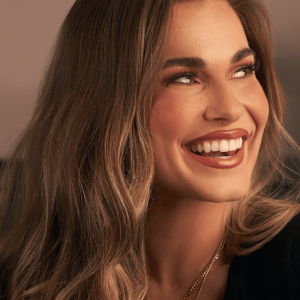