After being condensed to a made-for-television virtual event in 2020 and being confined to one block radius, due to the Pandemic, The Macy’s Thanksgiving Day Parade is back with all its glory for its 95th year.

Hosted by NBC’s Savannah Guthrie, Hoda Kotb, and Al Roker, several precautions are being put in place to ensure the health and safety of the audience in attendance and its participants.

“It’s back, and we’re excited to bring it back to the streets of New York City in its full form, in the way that audiences have grown to know and love us,” Parade Executive Will Coss told USA Today. “It’s going to be a really exciting day, and we’re really just elated to have the opportunity to bring it back in its true form.”

A wide range of our favorite performers will be hitting the streets of New York to perform a few Christmas tunes atop the famous floats.

Performers for the event include:

AESPA – South Korea’s new K-Pop Group appearing on the float, Her Future is STEM-sational by OLAY.

Girls5Eva – Featured on the Birds of a Feather Stream Together by Peacock float.

Jimmie Allen – Appearing on the Harvest in the Valley by Green Giant float.

Jon Batiste – Appearing on the float, Celebration Gator from the Louisiana Office of Tourism.

Kelly Rowland – Appearing on the Christmas in Town Square by Lifetime float.

Kim Petra – Featured on the Rexy in the City by Coach float.

Kristin Chenoweth – Appearing on the Deck the Halls from Balsam Hill float.

Mikey Guyton – Appearing on the Winning Winter Together by MassMutual and NHL float.

Nelly – Featured on the Colossal Wave of Wonder by Kalahari Resorts & Conventions float.

Zoe Wees – Appearing on The Brick-changer by Lego Group float.

In addition, country superstar Carrie Underwood is set to bring some holiday cheer with a performance of “Favorite Time of Year,” featured on her album My Gift (Special Edition).

Catch the action on NBC on Thurs. Nov. 25 at 9 am-12 pm in all time zones. For those who wish to stream the parade, you need a subscription to select on-demand video streaming platforms with NBC or a plug-in device like Amazon Fire, Chromecast, or Roku. 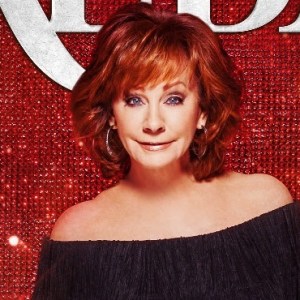