Between inaugurations, statue gardens and the overall participation in the forever-onward march of history, Americans from all creeds and backgrounds have been reflecting on what it means to be American.

Of course, there are the obvious things, like caring for your community, defending liberties, embracing freedom and all of that. Then, there are other, smaller things that still account for an integral part of our identity—stuff like football games, backyard barbecues, high school dances and, of course, Delta blues slide guitar. While these smaller traditions may not play as prominent a role in the grand scheme of things, they still serve as the cultural foundations for our entire way of life.

“I wanted to create something that was modern and incorporated the sounds of early blues and roots music that I love,” Person told American Songwriter. “The raw, Delta slide sound is something I believe moves the soul of every human being. When you combine that emotional and spiritual connection to blues music with fat sounding, high-fidelity electronic samples, you get something that is really hip.”

It’s true—”Can’t Stop Running” is really hip. Reminiscent of everyone from Elmore James and Duane Allman to The Black Keys and Jack White, Person channels a raw, pure-bred American swagger. Between the driving beat, Person’s fuzzed-out vocals and the layers of bombastic guitar parts, the tune shows off all the reasons that Buddy Guy once said of Person “What can I say? The young man is hot!”

Part of what allows “Can’t Stop Running” to settle into such a solid groove is the laid-back, natural flow that Person cultivates in his writing process. “I write best when I don’t have any distractions,” he said. “I like to have a laptop or notepad to write down lyrics and a voice recorder to take short takes of the song (just me singing and playing guitar) as I’m writing it. I used to open up Logic right away and start building out the song with their catalog of sounds, but I found that I would always get too distracted and lose the core of the song. Now, I write the song in my head—I have to be able to make it feel good with just me and a guitar before I start adding other instruments into the mix.”

Thanks to this, Person’s songs capture an effortless vibe. By ensuring that the bones of his tracks work just as well with only his voice and guitar, Person crafts organic songs with an equally organic sound. “There’s not an immediate takeaway from this song for me—I just hope that it becomes something that people like listening to over and over again,” Person said, “something that can become a part of the soundtrack of their lives.”

Watch the music video for “Can’t Stop Running” by Zach Person below: 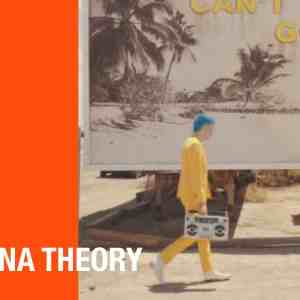 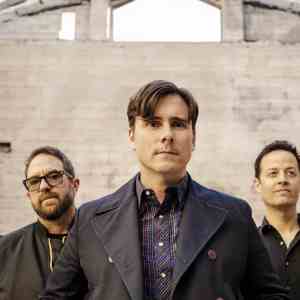