In 1999, Phil Vassar was named ASCAP Songwriter of the Year.

Today, the 58-year-old artist is known for his prowess as a performer of songs like “Just Another Day In Paradise” as he is as a co-writer on hit tracks for artists like Tim McGraw and Alan Jackson.

Vassar’s self-titled debut LP came out in 2000 after the musician made his way into the country music scene in the late ’90s. Phil Vassar produced five songs that charted on the Billboard country singles list and garnered gold certification for its composer. Since then, Vassar has released nine more LPs, including his latest in 2020, Stripped Down. In total, he’s had 19 singles chart on Billboard’s country tracker.

But we aren’t here to dive into Vassar’s catalog as a recording artist and a performer—no. We’re here to investigate those songs Vassar wrote for other musicians that went on to be big hits. The songs we perhaps didn’t realize were penned by the country star.

“For A Little While,” which was released in 1998 as the sixth single from McGraw’s album, Everywhere, hit No. 2 on the Billboard country charts. It also hit No. 1 on the Canadian country chart. The song blends rock and country with electric guitars, fiddle, and McGraw’s smoky voice. So long on love, so short on time, he sings. She was mine for a little while.

2. “My Next Thirty Years,” Tim McGraw

A song that might remind some of the fun rock tracks from bands like Hootie & the Blowfish, “My Next Thirty Years” highlights the turning pages of life, the ups, and downs that come with decades behind and in front of you. It was released in the summer of 2000 as the fifth single from McGraw’s album A Place in the Sun.

3. “Right on the Money,” Alan Jackson

A No. 1 chart-topper, “Right on the Money” came out in 1998 as the second single from Alan Jackson’s LP, High Mileage. It went on to become Jackson’s sixteenth No. 1 hit. It’s a storytelling track, performed sweetly, almost a summertime Charlie Brown’s Christmas, about a boy meeting a girl, falling in love, and then, well, it’s just meant to be.

The two songs—”Bye, Bye” and “I’m Alright”—both hit No. 1 on the country charts. And “Bye, Bye” garnered Vassar his first ASCAP award for Song of the Year. Released in 1998, “I’m Alright” was the title track to Jo Dee Messina’s album of the same name. It became her second consecutive No. 1 hit on the Billboard country charts. Later, “I’m Alright” was certified gold, along with “Bye, Bye.” The chemistry between Messina and Vassar proved potent with these tracks. Later Vassar would cover both songs for his 2006 album, Greatest Hits, Vol. 1.

The acoustic-driven country tune was released in 1997 by Collin Raye as the third single from his compilation record, The Best of Collin Raye: Direct Hits. It’s a song about a woman who “drove off” with the singer’s heart and now he’s in search of her, his “Little Red Rodeo.” The track was a top-5 hit on the Billboard country charts. Raye later performed it on an episode of Walker, Texas Ranger. It even features a bright, blistering guitar solo.

The title track from country artist David Nail’s 2011 album, the song has gone on to earn more than a million streams on YouTube alone. The music video features home video footage of Nail as a young boy hoping to be a singer one day. It’s a heartfelt, hopeful song sung over melancholy pianos. It’s the sound of a million dreams. Dreams, it would seem, that have been realized. 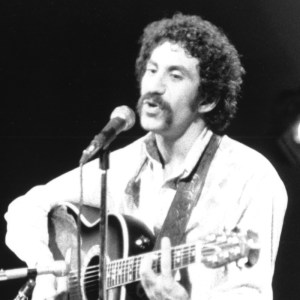