“I’ve loved this song since I was a kid! It’s very dark,” the blues-based guitarist/vocalist tells American Songwriter. “The story itself of Cortez’s encounter with the peaceful Aztecs is just one thing I love about the song. The dark sadness with sludging grit to a soothing drone chord progression and a sweet melody just does it for me.”

Raised in New Jersey, Walton has spent years playing music full-time, from solo shows to lead guitar with Jersey legends Southside Johnny, Boccigalupe and the Bad Boys and others, along with sharing stages with Little Steven, Gary U.S. Bonds and Steven Tyler. When he met up with bassist William Paris, the Billy Walton Band was formed.

Following the path American guitar heroes like Jimi Hendrix took, the band headed to Europe, where word quickly spread of Walton’s guitar mastery and the band’s heavy emphasis on stellar musicianship, interplay and high-energy showmanship. Multiple tours across the UK and Germany in several different configurations over the years and short runs up and down the Eastern United States have built up a solid fan base eager for new music from the band, which includes Eric Safka on Hammond B3 and Tom Petraccaro on sax.

A guitar connoisseur at heart, the Jersey Shore guitar hero recorded “Cortez The Killer” using his 1957 Gibson Gold Top Les Paul, through a Roger Mayer Mongoose into a JCM 800 Marshall 212. “I usually use the Roger Mayer Spitfire, but the Mongoose has a little more mid-range hump, felt good in the mix and was a little bit darker… finding different tones for the color of the song for me is always the fun of it!”

Like many young players learning guitar, Neil Young’s music was fertile ground for Walton, giving him room to explore the possibilities of taking songs on a long, jam-filled excursion.

“I’ve always been a Neil fan. The godfather of grunge, the man behind Buffalo Springfield! The songwriting, the folk influence, the dirty garage rock sound! I loved all of it!

“We were on a tour and I think we were in South Carolina and I went in the back of the club after the gig by myself and I could hear the piped in music they were playing… and that song came on and I remembered it word for word from when I was a kid! I love the story and the whole vibe. I went back into the club after the song was over and said to the band we’re playing “Cortez the Killer” tomorrow, so they all scrambled did their homework and it brought down the house the next night!”

Walton adds a nice non-guitar instrument- a trumpet, played by Bruce Krywinski – towards the end of the recording. “To me using the trumpet at the end symbolized and painted the picture of Cortez charging across the ocean and conquering the Aztec. I just really thought it set the mood in the end. I think Bruce really nailed the haunting sound I was looking for in the song.”

Dark Hour, their upcoming release on Harmonized Records, was tracked at Cambridge Sound Studio in Philadelphia with Grammy nominated engineer, Jim Salamone (Teddy Pendergrass). For these sessions, the band brought in Bruce Krywinski on trumpet, and drummer Francis Valentino (David Lee Roth Band), to round out the the band. The toughness of Philadelphia provided lyrical inspiration for Walton, who crafted several originals, including first single “Can’t Love No One,” around the hard times people are coping with today. 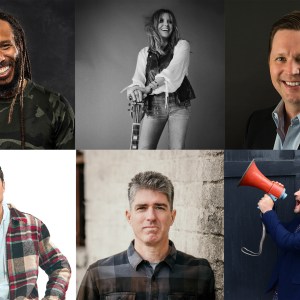 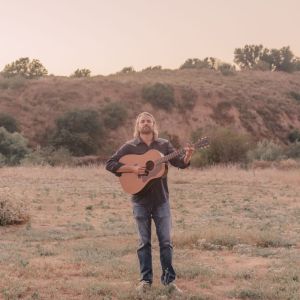