Traditionalists are typically conventional and, daresay, conservative in manner. A “traditionist” on the other hand… well, that’s a whole other thing entirely. Joey Barro is The Traditionist. A moniker he swiped from an old song title and a misspelled version of the word traditionalist, the artist is clearly his own creation. He tends to stay on the traditional side of music. Sure, he grew up on stuff like Bob Dylan and The Band, but mimicking the greats is never his intention. After all, he has his own musical tradition to uphold.

“Over the years the name has really come to mean more to me because I’m never really solo,” says Barro, a multi-instrumentalist, who picked up violin at the age of 3, then tinkered on the piano before landing hard on guitar and has curated each of his albums around various collaborators, textured instrumentation, and shifting soundscapes.

In its steady movement, “Betsy Heavens,” off The Traditionist’s upcoming album That is Not How it Happened (Dutch Records), out this fall, Barro unravels tender vocals effortlessly cutting through the reflective lyricism. It’s just one piece of That Is Not How It Happened‘s grander revelation of more sweeping indie-folk arrangements concocted by Barro, along with longtime producer Tim Bluhm and members of the Dawes.

Co-produced by Bluhm, frontman of the San Francisco, alt-rockers The Mother Hips, the album also features the Dawes drummer Griffin Goldsmith and bassist Wylie Gelber, and is the third full length album that Barro has made with Bluhm.

“Each record obviously has its own feel and set of circumstances surrounding it, but ultimately I come to Tim with a bunch of songs that I’m playing at a given time, and we put them down on an acoustic guitar like a canvas for a painting,” says Barro of their working process since his Season to Season debut in 2009. “Then we both hang around, brainstorm, and take turns laying any idea down that comes to us like we’re painting the canvas.”

Like every piece of music he works on with Bluhm, it’s a consummate, musical process. From conception to completion, each part takes time to lay down. With Barro in Southern California and Bluhm up north in Marin County, recording was a challenge they worked around with quick meet ups. In the end, the album was recorded within 10 days over a one year period, all prior to the COVID lockdown, at Bluhm’s home studio.

“We sort of patch mini sessions together to overdub and really hash the song out like a painting that’s never quite finished until it is,” says Barro. “I’m always so impressed with Tim and the way he works, both as a musician and producer. I’ve always idolized his songwriting of course, and in my brain, it’s like I get to work with one of my musical heroes. He’s always inspiring me and constantly locked in to what I’m doing.”

All the pieces seem to fall in place, and instrumentation was key on That Is Not How It Happened. On Narratives, they used an old analog Rhythm Ace drum machine, pulling some inspiration from legendary singer-songwriter J.J. Cale, and opted for a more expansive, and live, rhythm this time around. “That was cool in its own way, but this time around we were lucky enough to enlist Griffin Goldsmith and Wylie Gelber to help us out and actually be a true rhythm section under the songs,” says Barro. “They were total pros, and I think it took us two days to get all the songs down after just learning them. It was a privilege just being able to see how they go about their business, and on my songs no less. I was really humbled and totally grateful. Plus, they were funny as hell.”

Barro says that The Traditionist is an ever-evolving project that has shifted record to record. “Not every idea always pans out, but something always leads to something and somehow we always seem to get somewhere,” says Barro. “I think the songs on this record reflect this too. The songs all come from different places lyrically, but they find common ground in the process and people involved.”

Even the album’s title That is Not How It Happened describes Barrio’s disbelief at how far he’s come in more than a decade of work. “Most of the time I’m not sure how any of this happened, or how I’m able to be doing this with my friends, with people I look up to and admire musically,” says Barro. “Even if my reflections aren’t exactly how it happened, I’m just glad it’s happening.” 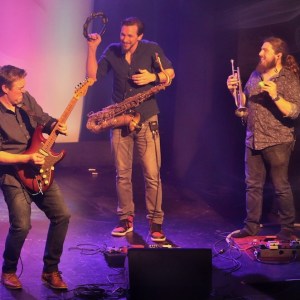 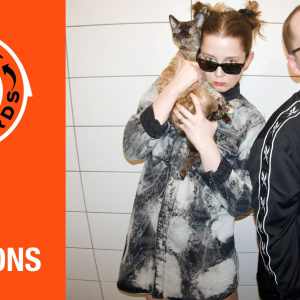