Have you ever wanted to record your song demos in a Nashville studio but didn’t have the money?

Blackbird Studio, a premier studio in Music City, has partnered with KIT Plugins to create the BB N105 plugin channel strip profiled off of their Neve analog console in Studio A. John McBride, the owner of the Blackbird Studio, launched the studio in 2002 to provide a unique creative space for artists to record—mixing the best of new and vintage recording technologies. A-List artists that have recorded in Blackbird Studio include Willie Nelson, Vince Gill, Uncle Kracker, Train, The Dixie Chicks, Snoop Dog, Sheryl Crow, Rodney Crowell, Queen, and Pam Tillis to name a few.

American Songwriter recently had the opportunity to talk with John McBride about how Blackbird Studio and KIT Plugins teamed up to create this revolutionary new software.

American Songwriter: Why did you partner with KIT Plugins?

John McBride: Number one, I’ve always kind of hated plugins. I never felt like they captured what it was like to use that particular piece of gear. The second part that is always in the back of your mind is how long are we going to be able to maintain it, keep it perfect, and find the parts we need to have this work forever. With the recent improvement in plugins and the quality of digital audio getting better, I felt like it was time to jump into the deep end. Matthew Kleinman [from KIT Plugins] came to me about a year and a half ago saying he wanted to build a company around plugins based around Blackbird gear. At the end of the day when I hear this plugin, am I going to believe I’m actually working on analog gear and not a digital representation of that? After many revisions, I think it sounds like the console. Half of me hated it because you shouldn’t be able to get this sound except in Blackbird Studio.

AS: Do you believe artists will still want to record in Blackbird Studio when they can?

JM: I won’t say Nashville is the last bastion of everyone coming together at the same time to make a recording, but it happens here more often than probably anywhere else. It’s restrictive [in the sense] that it is expensive to rent a big room and have a great engineer and have all the right mics and all the right gear. There aren’t that many acts that can afford to come into a place like this and work, but the magic that happens when that does happen is spectacular. The better we can make them sound in their own headphones the more inspired they are to play. That inspiration is the difference between Gold and Double Platinum if you ask me.

AS: Will there be video tutorials that accompany the BB N105 plugin and other software launches?

JM: There is no question that we are doing that. We are in the process of it, we just don’t have enough hours in the day right now.

AS: What about the Blackbird Studio Academy?

JM: About eight years ago I started this school and all of the students are beta testers for the plugin. We’re fortunate to have 40 or 50 kids willing to take this software home and play with it, and then all I want to hear is the bad news. Anybody that loves it [that’s] great, but anyone that has issues with it— I want to hear about it. One of our main mottos is either “You Rock” or “You Suck.” All it means is if you’re going to do something, just do it right.

AS: Aren’t you and your wife, Martina McBride, judges for the American Songwriter 2021 Song Contest?

JM: Yes, that is going to be a fun project. Nothing is more important than the song. You can record a great song on your cassette deck in your cousins’ garage and it’s still going to be a great song. Now the real magic happens when you get a great song and you make a great recording of that song. And that’s what we do at Blackbird a lot.

AS: What is your advice to our readers that buy this plugin?

JM: Number one, try to write a great song. Write the lyrics down on a sheet of paper. If it gets an emotional reaction just reading it then you’re definitely on the right path. The better your demo sounds the easier it is to get across.

Features of the plugin include analog on/off option, adjustable Output Gain and Phase, four-band EQ, preamp saturation bypass, and input switching between mic and line. The new Blackbird Studio BB N105 channel strip plugin is available for $99.99 and is compatible with MAC and PC DAW systems. You can also download a free trial version at www.kitplugins.com. This won’t replace going into the studio for your EP or album, but it is a great way to record your song ideas and create polished demos. 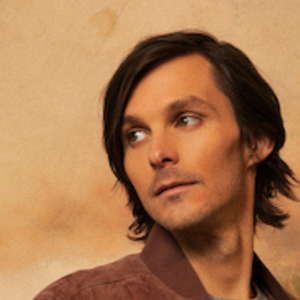 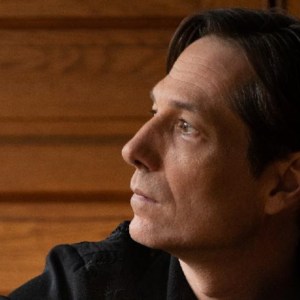