The autobiographical song chronicles a man who’s considering trading the typical “American dream” to follow his own dreams of being an artist and performer. Brown introduces the performance by singing the first verse solo and is then joined by Shelton for the second verse, their voices joining in unison.

“Different Man” is the title track of Brown’s 2022 album, and is a duet with Shelton. Brown co-wrote the song with Josh Hoge and Christian Davis. The album debuted at No. 2 on the Billboard Top Country Albums chart and No. 5 on the all-genre Billboard 200. Brown’s current single “Thank God,” a duet with his wife, Katelyn Brown, is No. 10 on Billboard‘s Country Airplay chart.

The two country superstars helped bring season 22 to a close with additional performances by Shelton’s fellow Voice coach John Legend, along with country star Carly Pearce. Shelton once again walked away as the winning coach, as his team member Bryce Leatherwood was crowned the champion.

Shelton announced in October that he will be leaving The Voice after season 23. “I’ve been wrestling with this for a while, and I’ve decided that it’s time for me to step away from The Voice after Season 23,” Shelton said in a statement at the time. “This show has changed my life in every way for the better, and it will always feel like home to me.” 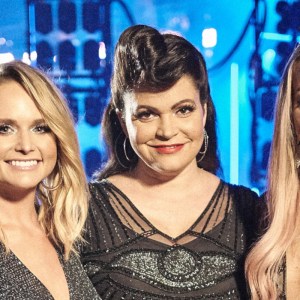