So much can happen in a decade. In between DJing, writing episodes for the scripted podcast “Make It Up As We Go,” starring Billy Bob Thornton, Miranda Lambert, and Dennis Quaid, along with father David Hudgins (Friday Night Lights), Brooks Hudgins was determined to finally complete his full-length debut, a musical narrative of his past and present.

Traversing his high school years, old journal entries, a family death, sex, drugs, and the Internet, and other loosely based storylines throughout the past 10 years, Drive Thru Communion is a culmination of country, rock, dance and the sonic elements of Hudgins’ own DIY soundscapes. Experimenting with multimedia clips, incorporating trumpets, violins, and other instrumentals, Drive Thru Communion is a mixed media soundtrack that effortlessly maneuvers through the musical plot of Hudgins’ life.

Recorded in early 2020, along with producer and violinist Grant Gardner at Corner Store Studios in Ridgewood, NY, Hudgins says Drive Thru Communion is a greatest hits of his “unreleased angsty decade.”

Showcasing Hudgins dynamic range and natural proclivity to bend any genre around what he’s hearing in his head, Drive Thru‘s “opening scenes,” the lo-fi punk rant of “Lola’s Intro” and its indie-fused continuation, “Only Fans,” are the beginning of a partly fictionalized tale around a girl Hudgins met briefly while in London and her struggles hustling in the digital world.

Lola’s story continues on the dance-y “Gas Station Viagra,” which explores selling prescription drugs at the local petrol stop. The darker post punk fuses of “Mall Goth Jazz Club” and “Force Majeure” reveal fragments of electronic music, which Hudgins admits is the most meditative for him to produce. Tapping into an alternative state, Drive Thru Communion motions into the lo-fi, lovelorn tales of “Salt Lick” and “405 South,” through a more soulful synth interlude of “Lost in Translation,” a song that started out as a poem about Hudgins last visit with a cousin dying from cancer during the COVID pandemic.

The lounge-y twang of “February” and the slower croon “Golden Arches,” finds Hudgins dabbling with his alternative country, while “Transatlantic” offers a blast from his high school past. “A lot of these lyrics started in high school but weren’t finished until I was in the studio tearing through my old notebooks and finding crazy shit I wrote that still resonated,” shares Hudgins. Closing Drive Thru Communion, are Hudgins’ unabashed revelations of drinking too much, unrequited love, and near detrimental digital wanderings through the unwavering build of “1-800.”

“There’s definitely a multimedia influence machine,” says Hudgins. “A lot of my songs are very visual, and I think about them in a cinematic way, which is why the videos can be so fucking challenging. I’ve spent a lot of time and money trying to recreate exactly what I envisioned, like a script. But as we all know, the film never stacks up to the book, right.”

For Hudgins, writing is therapeutic, and how songs formulate for him might be unconventional, but it’s a process that works for him.

“I start with a demo on Logic, then I ride my bike to the studio, AirDrop it into the Pro Tools session, and my engineers yell at me for an hour about how bad I am at organizing,” says Hudgins, who will then re-record specific sections and pull in the necessary session players. “It’s a big game of what I once heard Ty Segall call ‘beat the demo,’ where it’s a bunch of hi-fi audio gear junkies with their expensive CL 1B compressors, and I’ve got a demo with microphased YouTube ambulance noises and acoustic guitar voice notes, and we basically throw down and figure it out.”

Every song is a completely different encounter for Hudgins, but the one consistency while recording is that his lyrics are always ready before he enters the studio. “I hate feeling pressured to settle for the first good idea and run with it to save valuable energy and time in the studio,” he says. “I never want to compromise the narrative for ease of process. Songs last a long time. It’s worth getting it right.”

Growing up on the music of the late Silver Jews’ frontman David Berman, Bill Callahan (Smog), and Stephen Malkmus of Pavement, Hudgins always gravitated towards songs that embodied a more slanted contemporary style, where, he says, the listener gets everything you need to know from those phrases that stick.

“Not everything has to make perfect sense in a row, but it’s also not some TikTok bullshit, spewing 15-second fridge magnet love tropes to try and catfish seventh graders into paying my rent,” says Hudgins. “It’s a really fine line between show, don’t tell and detail-oriented work.”

Hudgins adds, “Because people really click into the specifics, and the concept stuff. There’s a shitload of Easter eggs on this album that I hope somebody in a dungeon somewhere uncovers and posts on day.”

Likening songwriting to baking, because he doesn’t think he’s very good at either one and wants to improve, Hudgins says it all comes down to a tried and true formula.

“What makes a great song?” he says. “The best stuff has equal parts truth—write what you know—and thoughtful fiction. Gather ye round the campfire, and you’ve got a damned good story. You wanna make a hit? Toss in a nice melody, keep it vague, don’t say anything important, and make sure your dad is in the business.”

Writing for the Audio Up Media podcast and his time as a DJ have also inspired Hudgins’ musical tincture. Working for four years as a DJ in Scotland, Hudgins admits he beat himself over the head with techno and was craving softer rock. When he moved to New York, he didn’t want to sound too much like The Strokes, but ended up with guitar solos in his songs and admits that he used to hate alternative or indie rock when he was younger. “It just screamed Urban Outfitters and fucking coffee shops,” says Hudgins, who now reside in Brooklyn, NY. “I guess that’s what growing up is. Either you die a teenager, or you live long enough to order an iced oat milk latte.”

Working on “Make It Up As We Go” with co-creators Scarlett Burke and Jared Gutstadt and the rest of the cast and crew, is something Hudgins says he enjoyed doing when he wasn’t writing music and Drive Thru Communion was still a work in progress.

“I think the biggest influence on ‘Drive Thru Communion’ was the war of attrition in just getting it made,” he says. “The timing of it all, the quarter-life crisis, the bleeding bank account—I never wanted just singles. I had so much shit I wanted out in the world, and I wanted a comprehensive 10- to 20-song project.”

Trying to toe the line of a medium or genre that would consistently present his voice, Hudgins also wanted to create something he would actually want to listen to himself, which still goes back to his electronic roots.

“Most people who have preconceptions about what music should be stay away from electronic, because they don’t understand it, and that is an open door for anybody creative,” says Hudgins. “From ambient to heavy techno, there aren’t really any rules, and it’s just fun to make. I’m not the first to say this, but I find it the closest to classical composition. It’s all these elements you are intricately introducing and phasing out to maximize emotional effect.”

He adds, “People make scary stuff. People make calm music, and other people make experimental. Therein lies the beauty. I love it all, and I really miss the club. A lot of this album was born and takes place in clubs, and I owe a lot of the inspiration for this album to the venues and abandoned buildings where I carved out a living and a sense of belonging. When all this craziness is over, I’m not sleeping for weeks.” 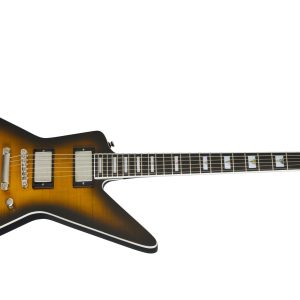 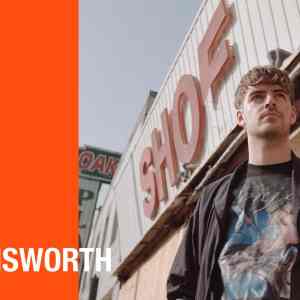