On Saturday (October 23), Coldplay’s Chris Martin and the Spice Girls’ Mel C (aka Sporty Spice) performed a duet of the 1996 hit Spice Girls’ song, “2 Become 1,” at Coldplay’s show at the Hollywood Bowl in Los Angeles.

Before the performance, Martin spoke to the thousands on hand, saying, “We were thinking about what we could do to make this show extra special in 40 minutes, and we thought, ‘Well, this is Hollywood, this is Los Angeles, this is where when you make a wish, it may just come true.'”

He continued, “One of our dreams is to be able to play a song with a Spice Girl. We’ve been waiting for this for 24 years. So, I don’t know if it’s possible, but if we all just went super quiet and just said that wish out: ‘Wouldn’t it be amazing if a Spice Girl just appeared out of nowhere?'”

Finally, Martin stopped teasing the crowd and said, “Please welcome from England and Great Britain and the Spice Girls, Melanie Chisholm, aka Mel C, aka Sporty Spice, aka a total legend.”

Watch the performance below via the Audacy Twitter feed, which noted, “.@coldplay just brought out Sporty Spice.”

Mel C later Tweeted about the experience and how it all came to be, saying “What a fantastic, unexpected night!” Adding, “I gave Chris a text to tell him we would be coming to his @imlistening@audacy#wecansurvive gig, at the @HollywoodBowl and the next thing I know, he’s on FaceTime while I’m in the nail salon, asking me to come up on stage with him!”

The day before, Coldplay brought their tour to Seattle, Washington‘s newest venue, Climate Pledge Arena, during which the band brought up a six-year-old fan (and his mom) and covered Pearl Jam.

Check out a clip from the new arena’s Twitter feed, which said, “‘This is a 44-year-old man remembering how much he fell in love with Pearl Jam in 1991. Eddie, if you ever hear this, I love you man.’ The cover we never knew we needed. @PearlJam x @coldplay“ 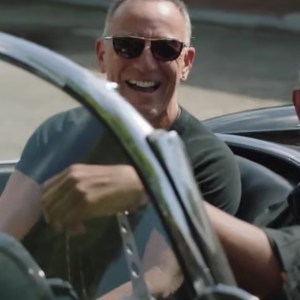