The days are officially getting a little longer and being outdoors is getting a little more manageable. With these first whiffs of warmer weather, artists have started to announce their upcoming tours at a staggering pace. In fact, many have already kicked off the year by hitting the road or setting up shop (read: Katy Perry’s larger-than-life Play Las Vegas residency).

Adding to the lineup of touring artists is pop artist Halsey. The “Closer” singer announced their summer tour for their latest album If I Can’t Have Love, I Want Power. The Grammy-nominated record features the standout single “I am not a woman, I’m a god,” and marked a sonic turn for the songstress.

Halsey aptly dubbed their tour the Love and Power Tour and will start on May 17 in West Palm Beach, Florida. Additionally, the tour will only take place in outdoor venues, and artists touring with the singer include one of American Songwriter’s “Artists to Watch in 2022,” PinkPantheress.

Tickets for the Love and Power Tour this Friday can be found HERE.

And speaking of Las Vegas residencies, Lady Gaga is set to perform a short series of shows at the Park MGM’s Dolby Live.

The singer/actress announced her Jazz & Piano Residency after her success with her Grammy-nominated album, Love for Sale, which she collaborated on with Tony Bennett and her role in the House of Gucci film. The Gaga performances will kick off on April 14 with tickets for the nine-show stint going on sale HERE.

Now that we’ve got the pop and jazz genres covered, it’s time to get country.

Luke Bryan has announced his 2022 summer tour which will be hitting more than 30 cities across the United States. The tour is titled the Raised Up Right Tour after one of the singer’s recent tracks, “Up.” Country artists Riley Green, Mitchell Tenpenny, and DJ Rock will be touring with Bryan.

Tickets for the tour go on sale Friday, February 4, HERE.

And if none of these tours are striking your fancy, check out this page for more 2022 tour announcements. 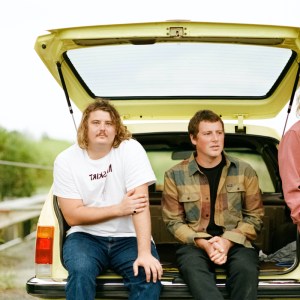