After more than 30 years in the business, it’s only natural that Corb Lund would label his genre of music: Agricultural Tragic.

Also the title of his tenth album, out April 24, it’s what Lund has been calling what he does for years. “I’ve kind of been sardonically using that as my self-applied sub-genre label for many years now,” Lund tells American Songwriter. “I didn’t want anyone to scoop me on it.”

Clearly, Lund isn’t locked into country or any other particular genre. A founding member of The Smalls, a metal- and punk-driven band, from 1989 through 2001, he then jumped into more country with The Hurtin’ Albertans, there’s no simple musical slot for Lund or Agricultural Tragic. Instead, it’s a blend of the singer-songwriter’s rock and country roots.

“The title also kinda reflects the two formative periods of my life that shaped the music I write today—the first growing up a ranch kid, rodeoing and chasing cattle, and the second spent in a very dark, underground metal band in my 20s,” says Lund. “Some people that write Western music are very traditional about it and bow down to it and try to sort of freeze dry it in time, but as much as I love all that old stuff, I approach it with abandon and irreverence.”

A follow up to 2015’s Things That Can’t Be Undone and Cover Your Tracks EP (2019), a covers album featuring songs from Billy Joel, Nancy Sinatra and AC/DC, Lund, who has received multiple Juno and Canadian Country Music Association, and international award nominations and wins and has three albums certified Gold, says he worked harder than he’s ever worked before on Agricultural Tragic, taking his time to write more tracks, explore sounds, and rehearse with the band.

Single “90 Seconds of Your Time,” is a fast moving, real-life story about a murder Lund says prevented when he had to talk an ex-army Ranger instructor friend of his out of killing some people he thought may have stolen his mule string on an elk hunt he was on on with friend Evan Felker from the Turnpike Troubadours in the Idaho mountains.

“I’m not trying to create museum pieces, I’m trying to express how it feels to be me, which is growing up with heavy cowboy ancestry and being thrust into the modern uncertainties of the 21st century.” 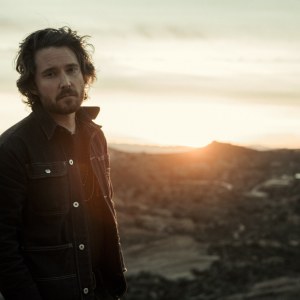 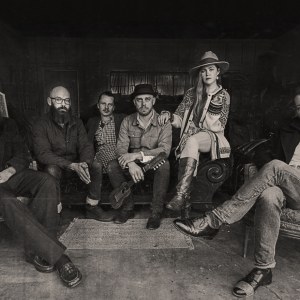