Country star Travis Tritt announced that he will be performing at the popular country music festival, Country Thunder. Tritt will perform at the festival in Iowa on June 11, 2022.

The singer made the announcement via social media, writing, “JUST ANNOUNCED: Travis joins the @countrythunder lineup for IOWA June 11, 2022. Get the full lineup at https://countrythunder.com/ia-artists#countrythunder“

Also set for the festival are Lee Brice, Kip Moore, Chris Young, Lindsay Ell, and more. Check out the full lineup (and camping information) here for the future summer festival.

Tritt, who gained a great deal of attention this year after his announcement to drop out of gigs that required COVID-19 vaccinations or recently failed tests of its audience members, says that political statements are for social media, not the stage.

At the time, Tritt said in a statement: “I’m putting my money where my mouth is and announcing that any venue or promoter mandating masks, requiring vaccinations, or pushing COVID testing protocols on my fans will not be tolerated. Any show I have booked that discriminates against concert-goers by requiring proof of vaccination, a COVID test, or a mask is being canceled immediately. Many people are taking a firm stand against these mandates around the country, and I wholeheartedly support that cause. I have been extremely vocal against mandates since the beginning. This is a sacrifice that I’m willing to make to stand up for the freedoms that generations of Americans have enjoyed for their entire lifetimes. There are plenty of promoters and venues around the country that appreciate fans and the freedom of choice in this great country, and those are the promoters and venues that I will be supporting.”

Not long after, the 58-year-old Tritt performed the National Anthem at an Atlanta Braves MLB playoff game in his home state of Georgia.

Tritt wrote on Twitter, “Unlike some of my peers, I choose to make my political statements only on social media and never onstage. Why? Because fans do not buy my concert tickets to hear my political views. They buy tickets to be entertained with a great evening of music and to just enjoy themselves.”

Earlier this year, Tritt released his first single in 13 years, “Smoke in a Bar,” which you can check out below. 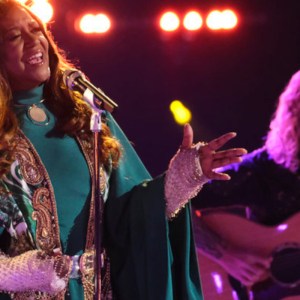