Tonight (March 21), Kid Rock is set to appear on Fox News with host Tucker Carlson for an interview that’s billed as “nothing is off the table.”

In the interview, which the Fox host has teased on Twitter already, Carlson asks the 51-year-old Detroit-born rocker, “Why haven’t you been cancelled?”

Kid Rock answers: “I am uncancelable.”

Rock continues, “I’m not in bed with any big corporate things. At the end of the day, there’s nobody I’m beholden to—no record companies, no corporate interests, no nothing. You can’t cancel me. I love it when they try.”

In one segment, Kid Rock defends Trump, saying: “Trump speaks off the cuff, I understand what that’s like, sometimes you get it wrong.”

Speaking about COVID-19, Rock says, “Fuck Fauci,” referring to the physician who has become a public figure during the pandemic. “I believed all the bullshit at the beginning… Here I am spraying off UPS packages… Couple months of that shit, I’m like, ‘What? So, this pretty much is knocking out overweight, unhealthy people. I’m good.”

According to TMZ, Carlson and Kid Rock were hanging out at the musician’s Big Ass Honky Tonk restaurant in Nashville after the chat. At some point, the outlet reported, Kid Rock took the microphone and announced Carlson was in the joint. The audience roared “USA.”

Kid Rock is one of several artists, including Travis Tritt and Eric Clapton, who have said they wouldn’t play venues that required COVID-19 vaccinations or masks.

The artist has also released a number of songs that have included protests of the current pandemic regulations, including the song, “We The People.”

In addition, Rock posted on Twitter that his new album is on the way, writing, “The new album is available on all digital platforms at midnight tonight!” 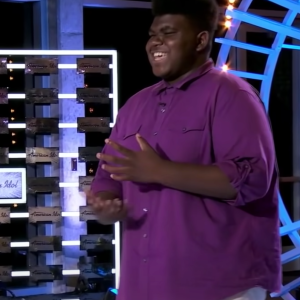