Ed Sheeran took a quick trip to Ibiza on Monday (Sept. 26) to play a set at the House in Paradise Club at O Beach. Sheeran, who seemed to be having the time of his life, was joined by a backing band as he played his own music along with a couple of covers, Per The Daily Mail.

Sheeran started off by singing his own “Shape of You.” The anthemic pop hit is probably his most Ibiza-appropriate tune. Sheeran recently won a copyright infringement suit over the track, so the impromptu performance might have been a sort of celebration.

Elsewhere in the set, Sheeran played a suite of karaoke staples. He first sang the Backstreet Boys’ collosol jam “I Want It That Way.” He then moved on to Neil Diamond’s “Sweet Caroline,” though it appears he doesn’t know a majority of the lyrics to that one. He tried to read the lyrics off his phone before giving up halfway through and humming through the rest. He closed out the surprise appearance with Britney Spears’ “Baby One More Time.” Find a video of the surprise appearance below.

As previously mentioned, Sheeran recently won a legal battle over his Grammy-winning single “Shape of You.” The judge in the case announced that the pop star is entitled to $1.1 million in legal fees. In 2018, musician Sami Chokri and his co-writer Ross O’Donoghue sued Sheeran over claims that the melody to “Shape of You” was copied from their 2015 song “Oh Why.”

“There is no dispute as to this: [Sheeran] undoubtedly won and won on every substantial point,” Judge Zacaroli announced. “I consider it is appropriate that the claimants’ success is reflected in an order that their costs are paid by the defendants.” 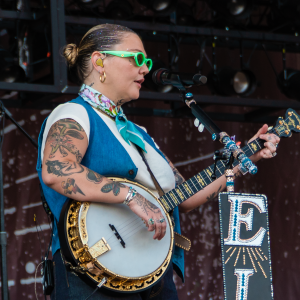