American Songwriter is happy and proud to premiere this beautiful video of “Sing To Me, Willie,” a delightful duet written by Edie Brickell and performed by Edie with the legendary Willie Nelson, just in time for his 87th birthday.

All proceeds from the song will go to benefit MusiCares’ COVID-19 Relief Fund. In further support, Play MPE will be servicing the song free of charge.

We spoke to Edie on the phone last week, where she told us lockdown for her wasn’t so tough because, as a songwriter, she’s used to being productive all alone.

She shared the story behind writing this new song which, as she explains in the following, was a joyful experience, but did present a serious songwriting challenge. It was one she surmounted, as she explained, by relying on the old songwriting axiom of writing what is true. She started the song there, and it worked.

It was on Christmas Day of 2018 that she received a great Christmas gift from her pal and fellow Texan Willie: an invitation to write a duet for them to do together.

It’s there that the story behind the writing and recording of this brand-new Texas lullaby, “Sing To Me, Willie,” begins.

EDIE BRICKELL: It was fun, fun to write it, and fun to think about what Willie inspires in me. But when he asked for a duet, I wasn’t sure at first what to write. It had to be a song that felt real to both of us. And I thought, you know, most duets are love songs, and that would be strange, you know? It wouldn’t feel authentic; it would just feel like an imitation of a classic duet.

So what, what could I sing with Willie about? And I thought, well, you know, Texas. My father and Texas are my biggest connections to Willie. I never hear Willie’s voice without loving memories of people and places back home.

I thought about the comfort that he brought to me and to my family when my dad passed away. We played Willie’s music at my daddy’s funeral at church. We wanted to be able to go into a church and have a service which respected my dad’s whole family, but also brought in the element of authenticity, of who my dad really was. And so we played “Whiskey River” at his service, which was a comfort. Me and my sisters smiled at each other, because we felt that we honored his spirit.

My father’s sisters, though, were very religious people, and they were taken aback, maybe even a little offended. He was the black sheep of that family, but they were super religious. But we felt it was important for us to show that we were paying attention to who our dad was, and what he loved.

So that is where I started the song, writing about the funeral at the church. And that was tricky to do, because not everybody loved that idea, and it was a real choice. I did want to get straight to the feeling that this is a good-time song. And that is kind of an uncomfortable, sad place to start. Though I did my best to make sure it wasn’t too heavy. And then the music shifts, and it goes into the happy part.

The first verse is :

The song started there, so it’s about my father, and also about Willie, from remembering the comfort his music brought me, and this is what happened.

The rest of the lyric came from remembering all the times when I was in the Northeast, and it was freezing cold. I remember a few winters in, when our kids started school, and we had to stay in the cold when it was cold so they could be at school. And it was so cold

And I remember turning to Paul [Simon, her husband] and I said, “You have no idea, the level of my commitment!”  [Laughter] You know,  being from Texas as I was, it was painfully cold.

Also, it was dark a lot, too, and I’m used to a sunny place. And I would put on Willie Nelson’s music, or Bob Wills, and immediately that Texas sun would shine in my kitchen and I could get through the day.

So I wrote the song, and sent it to Willie. He liked it a lot. He said that he felt that he and my dad would have been friends. He said, “If he was a guy who had ‘Whiskey River’ played at his funeral, I’m sure we would have gotten along just fine.”

So I started the song there, but right away, after I say “you make me feel all right,” then, boom, we kick into it and it gets happy. And then it’s basically a honky tonk, where everybody raises a glass of beer to sing, sing, sing out for Willie.

We recorded this in Austin. Willie and I couldn’t be there at the same time. So he did his part separate. He recorded his vocals, which are great. And also guitar. That was maybe what I was most excited for, to get to hear him play. I’m  crazy for the way he plays guitar, it’s so soulful.

I told him to play all over this thing. I told him I can’t get enough of your guitar, play wherever you hear it. And he did. And it is so exciting. I love it.

I always thought getting out to see the big wide world was going to just be wonderful freedom. But the comfort of home and the people there became really known to me after being away, and I realized just how special Texas culture can be.

The people there are friendly. You walk into a grocery store and you’re checking out, and the girl looks up and says, “Hey, how you doin’?”

You know, people smile. That was a much different experience from where I had been staying for twenty years. If I say, “Hey, how you doing?” at the cashier at the grocery store in New York City, she would look at me like I was a crazy person who wanted to invade her space.

And the cold reality of that cultural experience was hard on me. And it made me feel lonely.

So when I would I go home to Texas, I got that other experience. I remember telling the cashier in Texas, when she asked how I was doing,  “That’s music to my ears. You have no idea how nice that sounds to me.”

And then she looked at me like I was crazy! [Laughs] 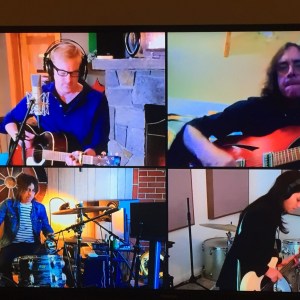 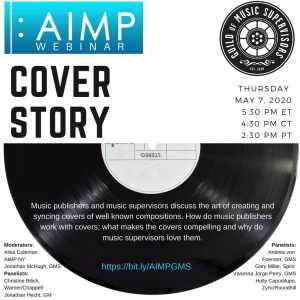