Garth Brooks celebrated his 56th birthday last week, and he got exactly the gift he wanted. You can’t measure its worth in dollars, though. That present was the gift of time with his three daughters, Allie, Taylor and August.

The girls are all in their 20s now with lives of their own. That means Garth rarely gets to see them all in the same room at the same time anymore.

He tells “Entertainment Tonight,” “You have kids, the second they turn college-age they disappear. So Father’s Day, my birthday and Christmas are the three days of my life that I get to see all of my girls around one table. Thank God for their health, their happiness and just [to] catch up with them.”

RELATED: Jason Aldean is joined by Garth Brooks in a big surprise for this packed house

In all, Garth had six ladies with him celebrating the big day. His wife, Trisha Yearwood, was there along with his two granddaughters from his daughter, August, who are ages 4 and 1.

Garth said on his “Inside Studio G” Facebook Live this week, “The birthday wishes were phenomenal. Probably the best day I’ve ever got to have because my babies are one year old and still healthy and all together. All six of my girls were together in Oklahoma, and it was the best birthday present I could have to see them all healthy and happy and loving one another.”

Garth also celebrated his birthday with a surprise birthday cake and “Happy Birthday To You” sing-along at the Pollstar Live! touring industry conference in Los Angeles this past week. Garth is the first artist being inducted into Pollstar’s Live Hall of Fame, too. The honor recognizes Garth’s record-breaking touring career, including that three-year trek he just wrapped up. Garth sold a whopping 6.3 million tickets for that tour, which is the most ever sold for a North American tour and the biggest tour ever by a solo act.

The Hall of Fame induction was a surprise for Garth. He said, “It’s a total shock and quite an honor. I don’t think an entertainer is anything without other people who allow him to do this.”

Garth also got a birthday serenade from the crowd at Layla’s honky tonk on Nashville’s Lower Broadway last week during his Feb. 5 pop-up show. It was his first time playing one of the famous bars down there, but it might not be the last. Garth said that he realized some of his songs were just meant for the honky tonks.

Next up, Garth will be celebrating Valentine’s Day with his love, Miss Yearwood. As of Monday night, he didn’t know what he was getting her for the holiday, but they had made some plans.

As for the love song that most reminds him of Trisha, it’s one that he first heard her sing in the late ’90s.

“I remember hearing it for the first time live,” Garth said. “We were singing together, and she did it live. It took on a whole new meaning for me. [It] was ‘How Do I Live.’ I know that’s not one of my songs. That’s one of hers, but I gotta tell ya, that’s it.”

The song has played a big role in the couple’s relationship. They even played it at Garth’s daughter’s wedding not long ago.

Garth added, “That song will forever be me and her. Even though it was sometime later that we got to date each other and be married, that’s the song that keeps coming back.” 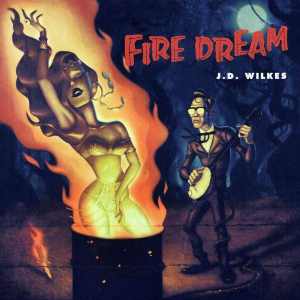