Metadata, supply chains, keywords, aggregate, brand and networking are all words that seem to be the antithesis of creating music. In today’s social and DIY world, however, they are all important elements every budding songwriter and artist must understand. The Music Biz 2017 conference, organized by the Music Business Association and held in Nashville this week, brought together the industry’s smartest eggheads, marketers and educators to share their knowledge and wisdom with indie artists, publishers, retailers, entrepreneurs and college students. The engaging panels, though sometimes a little granular and tedious, featured well-informed panelists but also an equally impressive number of audience members, many of whom could have been dispensing advise from the podiums themselves.

After several unsure years of where it is heading, there seemed to be a consensus at Music Biz that time and technological advancements will allow the industry to move forward with setting up the infrastructure to properly compensate artists and stimulate consumers into valuing the art of music. Though there are many legal obstacles to overcome, for the time being the internal industry squabbles seem to be behind and the industry has a united front. “The value chain is broken and I think we need to reconfigure it” said Troy Carter, Spotify’s Global Head of Creative Services (and former Lady Gaga manager) during his keynote Q&A. In its early years Spotify focused on customer satisfaction. But moving forward, Carter said the company and founder Daniel Ek will emphasize a creator-centric experience. “My job is to work with all creators, artists, songwriters, publishers, labels and build a global bridge.”

“No matter where our paths have taken us, we all have that same love of music,” Buzz Angle Music CEO Jim Lidestri said in opening remarks at the annual luncheon. That sentiment was felt across the board in the conference’s intellectually energetic atmosphere. Whether it was Amazon’s Director of Music Ryan Redington predicting voice activation devices similar to their Echo will be the next big wave to increase sales once they become commonplace in homes and cars, or industry executives throwing down guitar licks at a jam session with their heroes, the passion for music exuded throughout the four-day event.

Since rebranding itself several years ago from a retail specific conference to a nuts and bolts state of the industry summit, Music Biz has been successful in reaching out to universities and encouraging students to attend and learn. Joe Rapolla, Chair of Monmouth University’s Music and Theater Arts Department, led the Kickstart Your Music Career panel and discussed how important it is to always act professional. “It’s important to go through the process of creating a resume to understand who you are, but a resume won’t guarantee you will get the job these days. Networking is just as important. You also need to have an online profile that is current and presentable. So make sure it best represents who you are.” Other student-specific events included Career Day, which afforded students the opportunity to meet with industry executives for advice, job opportunities and internships.

In the Music’s Leading Ladies Speak Out roundtable discussion with Atlantic Records’ Julie Greenwald and NPR’s Ann Powers, music superstar Kelly Clarkson discussed the stigma of being pigeonholed by the industry and public, and the struggle to maintain creativity and her own inner vision. “As an artist you don’t just do one thing. You do all kinds. People act weird when they see a pop star like Pink with an acoustic guitar. Well, she’s a singer songwriter! That’s what you do.” she said. “It’s ok to let your guard down as a singer. That’s what people want,” citing performers like Chris Stapleton, Bruno Mars and Ed Sheeran as examples of artists bringing emotive storytelling back in style. Clarkson described her upcoming debut Atlantic Records release as a “soulful urban pop record with a lot of sass and personality.”

Of course it wouldn’t be a music conference without a celebration of music and star power artist appearances. Alice Cooper surprised the attendees by reuniting with surviving members of his original band at the opening night Industry Jam. The show also featured Felix Cavaliere of the Rascals, Carl Palmer of Emerson, Lake and Palmer, a tribute to Glen Campbell featuring his family, and a night cap jam session with a slew of industry musicians. The NSAI celebrated their 50th year with a Songwriters In The Round featuring Rhett Akins and Rivers Rutherford, each of whom performed a small sampling of their many hits, including Blake Shelton’s “Honey Bee” written by Akins, and Rutherford’s Highwaymen cut “American Remains.” Little Big Town serenaded attendees at the annual Awards Breakfast and Presentations with stripped down versions of ‘Girl Crush,’ “Bring It On Home” and “The Beginning.”

The conference culminated with the annual Awards Luncheon, where multiple artists were given various awards. Reba McEntire was gracious in her acceptance of the Chairman’s Award for Sustained Creative Achievement and spoke of the love and importance of family, both personal and professional, as the driving factor for her success. “I came here in 1970 and it took me a long time before I had my first #1 hit. Yes, this is the music biz. We’re a family. I do love this business and the #1 reason is because of y’all.” Paula Abdul received the Harry Chapin Memorial Humanitarian Award for her continuing volunteer work. Presentations also honored Adele (Artist of the Year) and the Hamilton Original Cast Recording and Hamilton Mixtape albums (Outstanding Achievement Award).

On the red carpet prior to the event, American Songwriter spoke with Breakthrough Artist award recipients Maren Morris and members of the band Lukas Graham. Each spoke similarly of the importance of patience and staying true to your vision as key ingredients to success.

Lukas Graham’s “7 Years,” largely written by bandleader Lukas Forchammer, echoes Neil Young’s “Old Man” and The Beatles “When I’m 64,” with its astute observations about growing old from a younger person’s viewpoint. The poignant and reflective lyrics address Forchammer’s bohemian life in Copenhagen’s Christiania section and the tight-knit familial bond between its residents. “The song “7 Years” was written in 3 ½ hours and then we took some time to shave it down to where it is now” Forchammer said. “We had to figure out how to make it have a climax without a hook. It’s a verse and a verse without a chorus. I like hook-less songs, probably due to my upbringing of Irish folk and rap music, and also the classical music I grew up with. The idea is that the message can be the hook. It’s all a hook or none of it is a hook.”

After several years of performing live and touring, Maren Morris packed up her bags and moved from Texas to Nashville to pursue songwriting full-time. “It sounds ridiculous because I was only 20 years old at the time, but I was burned out on touring. I had been doing it a long time. Songwriting is the best job ever, especially here in Nashville. You get to make friends through the songwriting process. It’s an amazingly close network of genuinely nice people. You get to be creative and also come home and sleep in your own bed at night. It’s the perfect setup and a very endearing concept to me.”

Like all new songwriters fresh in town, Morris networked and found her kindred spirits. “It was an organic process and took some time. In the beginning I was filling up my calendar with anyone who would write with me. Eventually you get in these doors and you’re writing with people who are way better than you and you’re trying to be a sponge and learn their technique and absorb everything they have to say and then make it your own. It took about a year for me to find the core group of people I still write with.” The road eventually lead to a co-write with hit songwriter Busbee, culminating in her breakthrough hit “My Church.” “I had always heard about him since he has so many hits. I started writing with him about two years ago. But he’s based in LA so I was mostly writing with Nashville writers. When I met him we clicked. We have a lot of the same musical influences so anytime I write with him he brings out the best of me creatively. ‘My Church’ wasn’t the first song we wrote together. But it was definitely the first one where we were like ‘’Whoah! We need to hold on to this one. It’s special.’” 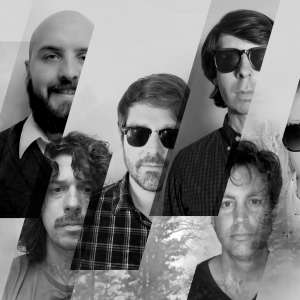 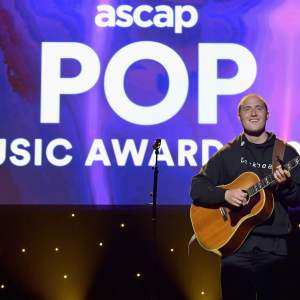