New England Folk Queen Kris Delmhorst is releasing her new record Long Day In The Milky Way into a very weird world. On the podcast, she mentions that performing songs from a new album night after night on tour really allows her to grow close to the album and get to know the songs well. It will be interesting to see what the effects of a pandemic released album.

Raised in Brooklyn, Kris was a huge music fan: she taped the weekly top 40, read Rolling Stone cover to cover and had Harry Chapin’s sister as a grade-school teacher (she played the kids The Beatles’ “Help” vs Harry’s “Cats in the Cradle”). She studied classical cello and talks about her complicated relationship with classical music presently. These days, she thrives on weaving together her close friendships with her music. On her new record, she centers the music on the harmonies performed by herself, Rose Polenzani, Rose Cousins and Annie Lynch. She says, “I was thinking about the variations in a handwoven cloth, or in a forest.” This is hard to expand on, but really, when you hear the record, woven fabric is what comes to mind!

We also talk about how she met her husband, songwriter Jeffrey Foucault, and what life is like for their 12-year-old daughter, who has TWO musician parents. Kris also is very close friends with Billy Conway (Morphine) and talks about his talent and their families’ special friendship. It’s fun talking to Kris! I loved hearing how much of a music geek she was as a kid. She loved pop music so much that in 2011, she made a Cars covers album.

Check out her new record below and enjoy Kris! 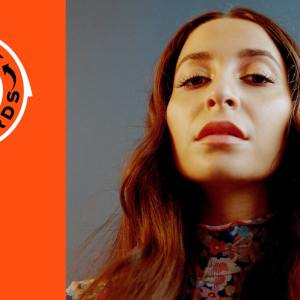 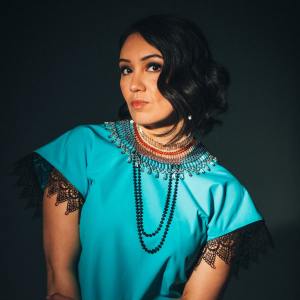