Seattle-based artist Keegan Hall creates photographs with his pencil. At least, that’s what it feels like when you look at one of Hall’s many hyper-real art pieces, whether he’s drawing grunge icons like Kurt Cobain or Dave Grohl or other celebrities like athletes or politicians.

In fact, Hall was recently interviewed by legendary singer Kelly Clarkson about his work, which you can watch below. Along with his artistry, Hall also often includes charity with his work. His drawings have raised nearly $600,000 by working with big names like Eddie Vedder, Grohl, Ciara, Macklemore, and others. (Those looking to buy prints can check HERE.)

American Songwriter caught up with Hall to ask how he comes up with the figures for his work, and the moments in which they are depicted. We also found out about how Hall began this creative aim and much more.

American Songwriter: When did you first learn you had this talent to so accurately draw human beings in pencil?

Keegan Hall: I’ve always loved drawing, but after college, I pretty much stopped doing art entirely. When my mom passed away I returned to art as a way to help with the grieving process. I went almost 10 years without drawing anything so I felt like I was learning to draw all over again. Suddenly, drawing felt “new” again and I became much more serious in my approach to creating hyper-realistic artwork.

AS: How long does it take you to do one of these—what is the general process?

KH: On average, most drawings take 40-50 hours to create. However, I’ve been increasingly taking on much more difficult and intricate projects, which have taken much longer to complete. For example, my drawing of Michael Jordan took nearly 300 hours to finish, and I have plans for future projects that will take even longer.

AS: You’ve drawn politicians, athletes, musicians and more. But when you consider a musician like Kurt Cobain or Dave Grohl—grunge icons—what do you know you need to achieve, both in the image you choose and the drawing itself?

KH: For me, it’s all about capturing the emotion of the moment. I want viewers to see the artwork and visualize the experience. I want them to hear the music playing, see the crowd cheering and feel the performance’s electricity through the work. I draw with my pencil and try to capture every detail possible to bring the artwork to life, and help make that experience as vivid as possible for the viewer.

AS: How do you go about doing that, exactly?

KH: Great art makes people feel something emotionally. Most of my art attempts to elicit positive emotions like the thrill of competition within sports or the nostalgia that comes from hearing a favorite song. So, if I’ve helped a viewer experience their emotions through my art then I’ve succeeded.

AS: What has it been like for you to chronicle these musical standouts over the years, both personally and professionally?

KH: As a Seattleite I basically grew up in ’90s Grunge scene. Bands like Pearl Jam, Nirvana, Sound Garden, Alice in Chains and others make up the soundtrack of my youth and I still listen to these bands every day. The crazy part has been going from being merely a fan of these bands to actually working with some of them. For example, my projects with Eddie Vedder and Dave Grohl both sold out in minutes. It has been a truly magical experience.

AS: Do you have plans for more partnerships with artists in the near future?

KH: Absolutely! I love music so I have several projects planned that feature some of the biggest artists, and even a few charity projects planned. I can’t wait to unveil these projects soon.

AS: What do you love most about what you do?

KH: I love connecting with people through art. Some people enjoy the finished artwork that I create. Other people enjoy viewing the creation process of my work, since I regularly post “in progress” images and videos as I’m working on a new piece, and then they get inspired to create their own artwork. Other folks connect with my commitment to using my artwork to raise money for charity.

Ultimately, we’re all supporting each other in different ways. The more people who support my artwork, the more money we’ve been able to raise for charity, and then the cycle repeats. It has been awesome to see so many people come together and rally behind a great cause and raise money through art and, as a result, we’ve made a positive difference in our community and beyond. And we’re just getting started. 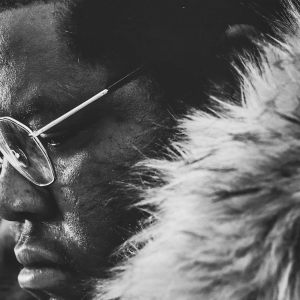 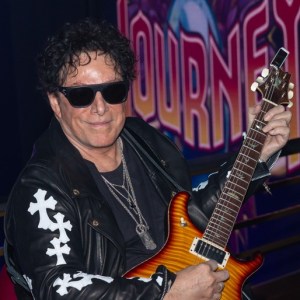