Wednesday night (Dec. 1), the legendary rock band Journey is set to kick-off an exciting run of dates: a six-show residency at The Theater at Virgin Hotels Las Vegas.

Set to perform on December 1-2, 7-8, and 10-11, the shows will feature the band’s greatest hits, including “Don’t Stop Believin‘,” “Wheel in the Sky” and “Who’s Crying Now,” as well as their first new music in over a decade. Gathering for a press conference on Tuesday afternoon (Nov. 30), the band spoke about the experience and what fans can expect.

“We didn’t know what it would be like when we did the very first one,” guitarist Neal Schon said, alluding to the band’s first Vegas residency back in 2015. “But after we got past the first show, we were like, ‘Wow, this is really cool!’ I mean, we were kinda frightened of going into Vegas and doing this… we looked at it in older days as, like, when your career was done, you go to Vegas, get a residency and just stay there, you never go outside of it again. So, we were skeptical… but when we got here, it was just so much fun that we wanted to keep coming back. Obviously, we have a lot of fans here—we just did the iHeart Music Festival and it was amazing.”

Additionally, the band spoke about their forthcoming, yet-to-be-officially-announced album—their first since Eclipse in 2011. Written and recorded over the course of 2020, it’s also the first to feature bassist Randy Jackson since 1986’s Raised on Radio.

“We’re very excited about the new record that we just completed,” Schon said. “We’ll actually be doing the sequencing during this residency on our days off. It’s sounding very, very strong—it’s a new direction, it’s a familiar direction and it’s something that people have never heard before. I think we did a great job of writing—Arnel [Pineda] co-wrote a song. John and I wrote a lot. Randy Jackson wrote. It was a COVID record because the only person I could be in a room with was Narada because we lived in the same town. So, we cut drums and guitar at the same time. Jonathan [Cain] was working out of his studio, Randy was working out of L.A., and Arnel was in Manila singing in his house.”

Considering that the band is putting the finishing touches on the project now, fans can hope to hear some of the tracks off this new work within the next few months. In the meantime, be sure to keep up with American Songwriter’s coverage of Journey HERE and listen to their iconic track “Don’t Stop Believin'” below: 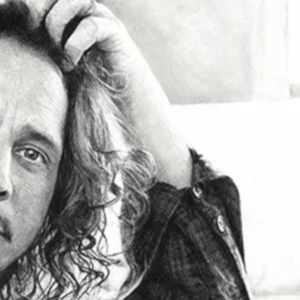 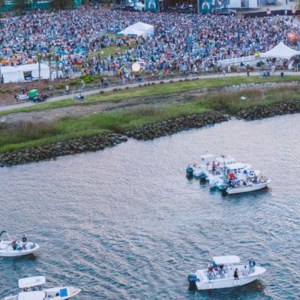