Rapper Takeoff will be laid to rest on Friday, Nov. 11, following a funeral service at Atlanta, Georgia’s State Farm Arena.

According to WSB-TV Atlanta, the service will be held at 12 p.m. where Pastor Jesse Curney III of New Mercies Christian Church in Lilburn, Georgia, will deliver the eulogy. While it is currently unclear whether members of the public will be able to attend the service, fellow-rapper Drake rescheduled his New York City show in order to be in attendance.

Taking to his Instagram Stories, Drake wrote: “The Apollo show has been moved to allow us to pay respect to our dear friend this weekend. We have added a second date for the fans.”

The Migos rapper, born Kirshnik Khari Ball, was fatally shot outside of a Houston, Texas, bowling alley in the early morning hours of Nov. 1. He was 28.

A preliminary autopsy report, released a day after the shooting, officially deemed the rapper’s death a homicide. The Harris County medical examiner’s office said in their report, Takeoff died of “penetrating gunshot wounds of head and torso into arm.” The report was not yet complete at the time it was reviewed by the Los Angeles Times.

Houston police are currently on the hunt for a suspect in the crime, calling for witnesses to step forward and any information be handed over. “We need all of y’all to send those to us so we can solve this case,” said Sgt. Michael Arrington at a press conference held the afternoon of the shooting. “We’re looking for anything to help us from there.”

Police Chief Troy Finner added: “Please step up, get the information to us so we can bring some closure to this family who’s hurting right now.”

Since news of his death, tributes to the late rapper have poured in. Even Grand Theft Auto players honored the late rapper with their own in-game funeral. The video game community reportedly held a procession, a service, as well as an afterparty in Takeoff’s memory. 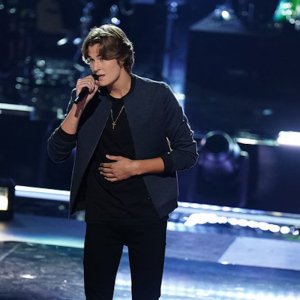