Neil Young is not happy with Beck.

Famously, Young has long refused requests to license his songs in advertisements. To wit, his 1988 track, “This Note’s For You” highlights that aversion and is about the idea of corporate rock and roll. Sings Young on that song: Ain’t singin’ for Pepsi, ain’t singin’ for Coke/ I don’t sing for nobody/ Makes me look like a joke. Though, strangely enough, the song’s video won the MTV Video Of The Year when it came out.

On Instagram, Young’s Neil Young Archives page posted a screenshot from the “This Note’s For You” video, presumably as a shot at Beck for taking his music and putting it in an ad.

Beck’s cover appeared over the weekend in an ad for the National Football League with Beck playing the song on an acoustic guitar in a black-and-white video. The song is cut to show footage of Patrick Mahomes and Tom Brady, promoting the upcoming matchup between the two-star quarterbacks on Sunday Night Football on NBC.

In early 2021, Young sold half his song catalog to the Hipgnosis Songs Fund, which is a British investment company that has, in recent years, begun buying multiple song catalogs for big chunks of change.

The terms of that sale were not disclosed. Though at the time of the sale, Merck Mercuriadis, the founder of Hipgnosis, told ABC News, there will never be a ‘Burger Of Gold,’ but we will work together to make sure everyone gets to hear [Neil Young’s songs] on Neil’s terms.”

In Beck’s version of the Young track, the lyric 24 and there’s so much more is a nod to Tom Brady and Patrick Mahomes winning Super Bowls when they were 24 years old.

Written by Young for the caretaker of his Northern California Broken Arrow Ranch in 1970, the song follows the story of a young man and an old man’s life and how, to an extent, both have the same needs.

Beck has been full of collaborations since releasing his 14th album, Hyperspace, in 2019, including his remix of Paul McCartney’s “Find My Way,” which originally appeared on the Beatles’ 18th solo album, McCartney III, in 2020. The updated track featured Beck and McCartney on vocals.

In partnership with NASA, Beck also created a visual counterpart of Hyperspace in 2020. He also appeared in the updated version of JAWNY’s “Take It Back,” off the artist’s 2021 EP, The Story of Hugo, in June 2022.

Just off his supporting slot for the Red Hot Chili Peppers tour, during summer 2022, Beck is scheduled to join Arcade Fire on the North American leg of their tour and will play a special acoustic set each night when the tour kicks off on Oct. 28 in Washington D.C. 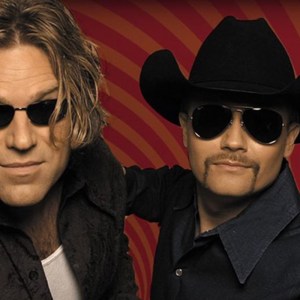