Welcome to another installment of new music Friday where we share with you some of our favorite songs that have hit the airwaves today. Without further ado, let’s get to the new tunes, shall we?

1. Artists Tycho, Ben Gibbard, and Ben Gibbard (of Death Cab for Cutie) got together with electronic music producer, LP Giobbi, for an etherial remix of the duo’s song, “Only Love,” which you can check out below.

2. Exquisite songwriter Natalie Bergman has release a new EP, Keep Those Teardrops From Falling, which is an extension of her 2021 solo LP, Mercy. She also recently collaborated with Beck. Check out the first song from her new EP from Third Man Records here below.

3. Popular singers in their own right, together they’re powerful as all get out! Kylie Minogue and Jessie Ware released a new collaboration, “Kiss Of Life,” which you can check out below.

4. To celebrate the recent release of the new self-titled LP, My Morning Jacket frontman, Jim James, released a new animated video with Gibson. Check it out below.

5. Multi-instrumentalist Jace Allen and former The Voice star Payge Turner released a new collaborative single today, “Underwater,” which you can check out below in all its brightness.

6. The legendary children’s entertainer Raffi and the lovely-voiced Lindsay Munroe released a spirited version of the holiday classic, “Silver Bells.”

7. Folk singer Allison Russell released a tasteful rendition of the holiday classic “Have Yourself A Merry Little Christmas,” which you can savor below. 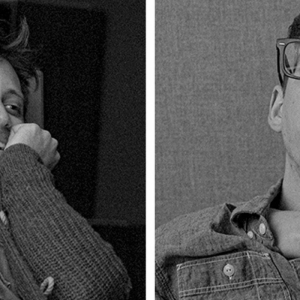