Ozzy Osbourne has unveiled “Patient Number 9,” the title track from his upcoming 13th solo album, featuring Jeff Beck on guitar. “It’s about being a patient in a mental hospital,” said Osbourne while premiering the track on his Ozzy Speaks Sirius XM show. “All we do really is self-medicate.”

“Having someone like Jeff Beck play on my album is just incredible, a total honor,” said Osbourne in a statement. “There’s no other guitar player that plays like him and his solo on ‘Patient Number 9’ is just jaw-dropping.”

The title track, co-written with producer Andrew Watt, who also worked on Ozzy’s previous release, Ordinary Man, in 2020, Metallica bassist Robert Trujillo, Red Hot Chili Peppers drummer Chad Smith and Ali Tamposi, introduces Patient Number 9, which was a work in progress for Osbourne, who revealed that he was diagnosed with Parkinson’s disease, and he recently tested positive for COVID-19 and underwent spinal surgery.

“Well, I was vaccinated and boosted and I still caught Covid in the end,” said Osbourne. “My last album [‘Ordinary Man’] was released just a few weeks before the pandemic started, and I was just about getting ready to go into the studio to work on this new one when the world shut down. It’s no secret that the last four years have been very difficult for me but making this album took my mind off of my problems.”

Osbourne recently underwent surgery to help correct a spinal injury resulting from an ATV accident in 2003. “Our family would like to express so much gratitude for the overwhelming amount of love and support leading up to Ozzy’s surgery,” wrote Sharon Osbourne on Twitter following her husband’s surgery. “Ozzy is doing well and on the road to recovery. Your love means the world to him.”

To accompany the release, Osbourne shared a music video featuring art by Spawn creator and Marvel Spider-Man artist Todd McFarlane. The video is also the first to incorporate Ozzy’s own artwork; his hand-drawn demons are animated and visible during Beck’s solo in the song.

“Having worked with Ozzy in the past, I jumped at another opportunity to do so again—especially on the music side this time,” said McFarlane in a statement. “In the harsh business called the music industry, any creative person who’s sustained a multi-decades career has shown the skill, talent and tenacity that will always garner my admiration. Ozzy has shown many of us creative folks that it’s indeed possible to make a living doing what you love for nearly an entire lifetime. Go, Ozzy.” 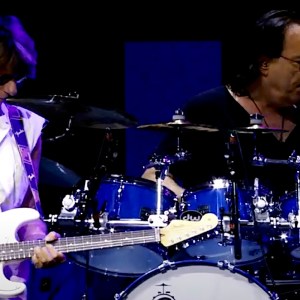