The first single from his upcoming debut album on Blackbird Record Label, it’s a song of hope ideal for now

American Songwriter is happy to share this premiere of David Newbould’s first single from his upcoming album. It’s “Ready for the Times to Get Better,” a folk-rock cover of a song perfect for this moment in time, the start of our summer of liberation from lockdown. This is a hopeful time, coming in the wake of much sorrow and loss, and that optimism is expressed with pure heart and soul by Newbould with this song which says it all and with no wasted words:

Written by Allen Reynolds, the song was recorded by Crystal Gayle and released in January of 1978, where it went to the top of the Country charts, her fourth number one hit. It was also recorded by Marshall Chapman, Joe Sun, Cody Jinks and Doc Watson.

“’Ready for the Times to Get Better,’” she said, “is one of my favorite songs I’ve recorded. David Newbould has created a new and refreshing version. I love it!”

The songwriter, Allen Reynolds, shares Crystal’s excitement about the rebirth of his great song at the perfect time.

“I’m so happy,” he said, “to hear David Newbould’s recording of my song. I love the musical arrangement.”

Emblematic of Newbould’s diverse sound, “Ready For The Times To Get Better” shines its light on a musician who has always blurred the boundaries between genres, creating his own hybrid of Americana, folk, and song-driven rock & roll. His upcoming album continues that tradition, even though its socially-distant recording process — which involved a basement studio in East Nashville, a dividing wall of glass, and absolutely no face to-face contact — points to the challenging era during which it was created.

Ready for the times to get better, indeed.

The song arrives after a challenging year that brought the touring industry — as well as much of the outside world — to a halt. Newbould rode out the pandemic at his Nashville home, where he began broadcasting a series of livestreams from his living room, mixing his critically-acclaimed original material with a handful of covers.

Recognizing that “Ready For The Times To Get Better” spoke to the modern moment with its heartening, affirmative message of pushing toward a new horizon better than most songs, he made it a beloved staple of those online shows. This recording will be included on his next album, which will be released by the Blackbird Record Label.

Like the greatest songs, this one has expanded with meaning as life has unfolded.

“I fell in love with the song before the pandemic,” said Newbould, “but once the lockdown started, it took on new meaning. People had been hunkered down in their homes for a year. We’ve all been stuck here, ready for it to be over so we can get back to our regular lives. We’re ready for these times to change.”

“The song is a timeless track that just about anyone can relate to,” said Newbould. “The few lines that collectively make up both verses cut so deeply…`I’ve got to tell you I’ve been wracking my brain / hoping to find a way out”, through to, “I have a dream I wish I could live / It’s burning holes in my mind.’ Often you don’t have the answer. It’s just cathartic to try and express how you feel. That’s what this song does. It’s a heavy song with very few lyrics, they just say all the things that need to be said. That’s hard to do.”

“The melody is haunting, ” Newbould said, “and the chorus opens up with a brief major chord moment of hope, saying something to me like, `Things can’t stay like this forever because man, they just can’t.’ It’s universal, but it obviously speaks perfectly for the times we’ve been in over these past 16 months. It says I’ve got to tell you: I can’t take this, I need the world to just go around, people to work, congregate, function in the way we used to; all of the good and the bad that comes with it. I’m just ready for the times to get better.”

“We went for a sparse recording, because all the information is in the lyrics and melody. Scot was banging the drums up on a wall as I was playing and singing. We asked Kristin Weber to bring in some violin to help harness the emotion.”

“We cut the video in the same garage studio we cut the whole album in, the producer and I separated by that sealed pane of glass at all times.”

“I’m as proud of this recording as I am of those of any of my own songs. I love the song so much that it feels like a rewarding artistic endeavor just to sing it.”

This new Newbould interpretation of “Ready For The Times To Get Better” will be included on his next album, the follow-up to his 2019 album, Sin & Redemption.

“Ready for the Times To Get Better”

I’ve got to tell you I’ve been wrackin’ my brain
Hopin’ to find a way out
I’ve had enough of this continual rain
Changes are comin’, no doubt 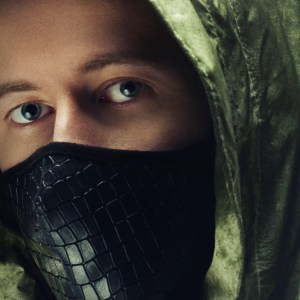 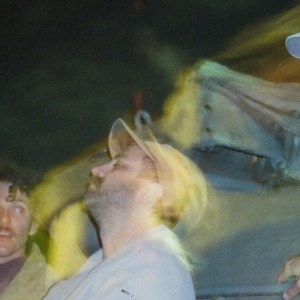