The way Ronnie Dunn delivers a lyric can either break your heart or get your boogie feet moving onto the dance floor. With his new solo album, Re-Dunn, a towering 24-song covers album, he weaves through artists who have had an indelible impact on his own artistry. He collapses the barriers between classic rock and traditional country in a way only he could.

A covers album is always a tough sell, but Dunn reworks such classics as Bob Seger’s “Against the Wind,” George Strait’s “Amarillo by Mornin’,” Harold Melvin & the Blue Notes’ “If You Don’t Know Me By Now,” and Paul Carrack’s “How Long” with his own neon-hued twang. Each performance is staunchly classic Dunn, making phrasing choices both familiar and invigorating, and it never becomes weary.

More than anything, Re-Dunn is a celebration of songwriting and music’s ability to move us. “I did this for the singer in me,” Dunn says. “I stepped off the stage, took a seat as a fan, and let the songs carry the show.”

A 2019 Inductee into the Country Music Hall of Fame, Dunn is riding high from his latest Grammy Awards nomination for Best Country Duo/Group Performance for the Luke Combs-starring version of “Brand New Man.” He returns to Las Vegas this spring alongside Kix Brooks and Reba for a string of dates at The Colosseum at Caesars Palace.

Below, Dunn walks through five essentials from Re-Dunn, out everywhere Friday (January 10).

I first heard Johnny Rodriguez’s version. You can hear Merle Haggard in Johnny’s voice. It’s not hard to hear. After Johnny’s version, Merle, a huge Lefty Frizzell fan, recorded it and it became a country music standard. It’s truly one of my favorite songs to sing. The melody is infectious. The lyric is simple and to the point. The best songs are often simple, not overwritten.

“How Long” by ACE

Paul Carrack is one of the best singer-songwriters in the business.  He wrote and sang “How Long” for ACE and then went on to work with Mike and The Mechanics. He wrote “Love Will Keep Us Alive” which was recorded by the Eagles and “Tempted” by Squeeze. He’s a guru…a ninja.

“How Long” is a 40-plus-year-old rock classic. With some songs, it’s not necessary to have to do deep dives. It’s a top five on all of my playlists. I know this is American Songwriter magazine, but I’m not even sure what some of the songs said until I got into them. “How Long” had a good groove, and you could dance to it. These songs are just infectious hits that stick with you. This is one of those songs for me.

I moved to Nashville from Tulsa, Oklahoma. Eric Clapton’s band was made up of Oklahoma musicians at the time. I became good friends with Eric’s drummer, Jamie Oldaker. We used to drive back and forth from Tulsa to Nashville. I would school him on country music, and he would tell me great colorful stories about his Clapton experiences.

One of those stories was about Eric’s love affair and eventual marriage to Pattie Boyd (Harrison) and his writing “Layla” and “Wonderful Tonight.” I think it’s almost impossible to capture the authentic intimacy of certain songs when they are written and performed by artists – this one was a big stretch for me.

Someone gave me a coffee cup years ago that I keep on my bus. Printed on it are the words: LIFE BEGINS AT THE END OF YOUR COMFORT ZONE. I got a taste of what that means by taking on “Wonderful Tonight.”

“The Cowboy Rides Away” by George Strait

Great combination of lyric and melody – songs with those combined qualities are few and far between. I aspire to write songs like this one. As a country singer, I enjoy surfing this melodic wave. Simple, simple, simple.

“Amarillo By Mornin’” by George Strait

I went to college in Abilene, Texas. I would get together with a small group of musician buddies on weekends and play for whatever money we could make by charging $3 a head at the door of local VFWs. “Amarillo By Mornin’” was a regional hit by a guy named Terry Stafford back then. As soon as we started playing it the dance floor would fill up. In those places, bar bands keep their gigs by how much beer is sold. The more they danced, the thirstier they got. When I went in to record it, I knew I didn’t want to do a direct knock off of George’s version. So, I asked Brent Mason to play the instrumental hook line with what I call the Buck-Owens-type poppin’ Telecaster. 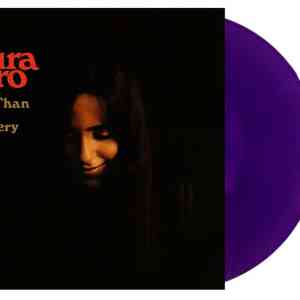 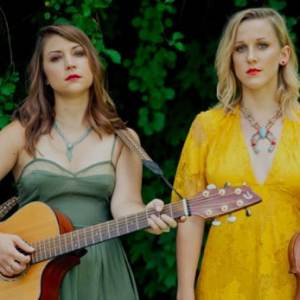