Sometimes, one of the best tools for growth is something you might not expect: rejection.

At least that’s what some of the greatest artists of our time have figured out, including country crossover icon, Shania Twain. A divisive figure in the world of country music to begin with (on account of her innovative genre-blending, which hasn’t always been the most welcome thing for country purists), she recently revealed just how bad and nasty the flak was when she first debuted.

“I was criticized as an artist,” she said on an episode of her Home Now Radio on Apple Music Hits. “I’m surprised I ever had any hits when I read [the reviews] now. For example, part of the quote from one of my reviews was: ‘She’s America’s best-paid lap dancer in Nashville. She’s hot, but can she sing? Is Shania just a flash in the pan? The most famous midriff in Nashville.’ Those quotes were all for my first single from the Woman In Me album, ‘Whose Bed Have Your Boots Been Under?’ and… I wrote that song! So, I was a little bit hurt, I guess, about the harsh critics… they didn’t focus on the music.”

Getting all sorts of mud slung her way, Twain’s perseverance is a testament to two things: one, critics and the “industry” aren’t quite the ‘be-all, end-all’ that they think they are, and; two, if you believe in the music, you should never give up, because eventually, others will believe in the music too. “I ended up having hits anyway—very satisfying,” she said. “The fans wiped all of that hurt away and made the song one of my biggest hits. So, thank you, fans!”

In the same episode, Twain talked about another artist who overcame a lot of criticism early on: Bruno Mars. “We all know the song ‘Grenade,’” she said. “It was the second single from his debut album that was No. 1 in 15 countries and was nominated for three Grammy Awards… but the criticism was very high on this too. It was quoted as being the laziest songwriting, like, ‘It doesn’t get much lazier than this … after a few times through, you’ll be praying there’s another bullet left in the gun.’ Now, I don’t want to beat up on the critics because we can’t all get it right all the time—so, at least from my side, all is forgiven—but I’m really glad that in spite of all those reviews, Bruno Mars’ ‘Grenade’ became a huge, monster hit.”

To that end, we should all be glad that sometimes the critics’ opinions don’t stick. With visionaries like Twain and Mars responsible for so much amazing music, it’s almost scary to think about a world where they would’ve been turned away at the door. And with a residency coming up in Las Vegas, Twain’s story isn’t anywhere near completion.

Listen to the full episode of Shania Twain’s Home Now Radio HERE and watch the music video for her iconic debut hit, “Whose Bed Have Your Boots Been Under?” below: 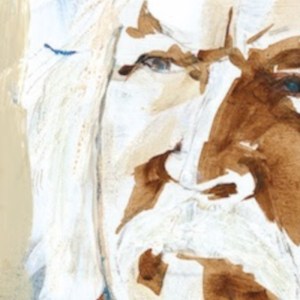